Breaking news
Recently, in the early morning hours, the newly formed Major Taylor Cycling Club of North Florida (MTCCNF) gathered at James Weldon Johnson Park in downtown Jacksonville to celebrate the history of the club.  “We wanted to celebrate and make sure that Major Taylor’s significance is not lost on its members and for others to know the impact that both Johnson and the club’s namesake had on African American history,” said Cyclist Michael Kyle. The history of James Weldon Johnson is well known, however, for most people outside of the cycling world, the Major Taylor story remains a mystery. Widely considered to be the world’s first black sports superstar, Marshall W. “Major” Taylor was the world cycling champion in 1899, the American sprint champion in 1900 and he set numerous track cycling records along the way.  In the Jim Crow era of strict racial segregation, Taylor had to fight prejudice just to get on the starting line.  He faced closed doors and open hostility with remarkable dignity.

In March of this year, several local cyclists, after participating in the historic Selma to Montgomery 55th anniversary ride, came together to form what is known as the Major Taylor Cycling Club of North Florida.  After seeing Major Taylor chapters from around the globe, all attired in chapter-specific clothing, a spark was struck to start a Jacksonville chapter.

Led by the club’s president, F. Michael Kyle and their Board of Directors, the club has grown to more than 50 paid members.  According to Kyle, the mission of the club is to bring cyclists of all levels together for rides, socialization, and educate the larger community on the life of “Major” Taylor.  “The added bonus that can’t be overlooked,” he says, “is that we all get much healthier in the process.” 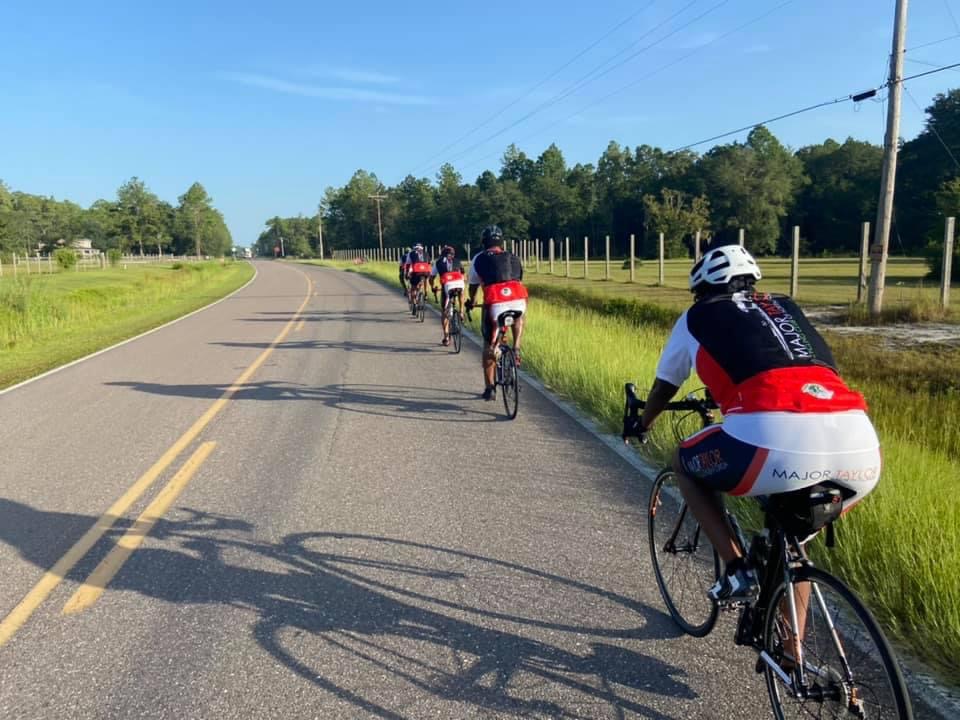 The club provides camaraderie, organized rides for all different experience levels, post-ride refreshments, official membership, affiliation with Major Taylor Association, Inc. and affiliated clubs nationwide, as well as discounts at supporting businesses throughout the local community. MTCCNF rides throughout the city with distances ranging from social rides of about 10 miles to the much more ambitious 100 miles.  Riders come from all backgrounds, ages and professions.  The club is all-inclusive and welcomes anyone who wants to ride and support the mission of the club. Anyone interested or seeking additional information is encouraged to visit www.facebook.com/MajorTaylorCyclingClubofNorthFlorida, or contact the club via email at mtccnf@gmail.com.