In his speech at the “Rally For Change” on January 28th, civil rights activist Ben Frazier said Jacksonville “must decide whether to march into the sunlight of a brand-new day or face economic and social disaster by its refusal to let go of its racist legacy.” “It’s time for Jacksonville to assume a super bowl mentality and attitude, to stop fighting the civil war and become a city that is too busy to hate! The confederate monuments must go.” Said Frazier.He also said local lawmakers should pass legislation to remove the confederate monuments from public property and to relocate them to a museum or private property. The president of the Northside Coalition said “Relocation should be paid for by the Chamber of Commerce, the Civic Council, businesses and other concerned citizens.”

He called on the Mayor and the city council to lead by example and to not let Jacksonville become another hotbed of controversy like Charlottesville. 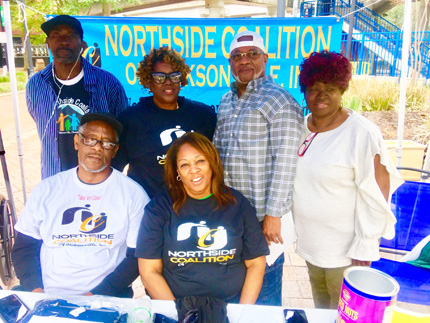