The 2018 Pro Bowl was held this past weekend in Orlando at Camping World Stadium. As a prelude to the event, the NFL hosted Pro Bowl Week Festivities across the Orlando area, including the Pro Bowl Skills Challenge, the Pro Bowl experience, all located at ESPN Wide World of Sports. Jacksonville had five players participating in the game, all on the defensive side of the ball: CB Jalen Ramsey, CB A.J. Bouye, DE Yannick Ngakoue, LB Telvin Smith, and DT Malik Jackson. During a series of separate drives, particularly in the first half, all five were on the field at the same time. The Jaguars and their fans wrre happy to garner some respect following their Cinderella year that almost ended with a Super Bowl visit. Everyone is already looking forward to next year for the big cats. Barlow photos 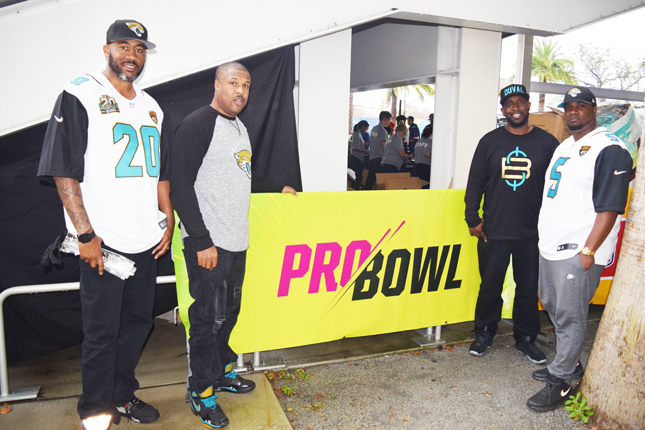