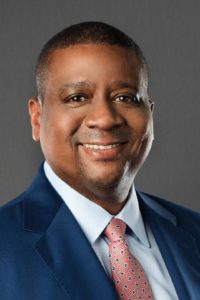 It’s not just the 1.4 million convicted felons whose rights were restored by Amendment 4 that need a review on voting. Given the political turmoil in the Sunshine State during the November election, we should all refresh our voter knowledge before the next political campaign season. And, we should prepare for a renewed spotlight on Florida.

Election Day in Florida captures the attention of America. Hanging chads, poorly designed ballots, votes lost in the mail, worn out voting machines – our state brings the drama when it comes to tallying votes. Ironically, the same state that can’t get elections right just amended its constitution to extend voting rights to people who are barred from voting.

Imagine the lessons these lucky new voters will learn from our state’s recent election malfeasance.

Take the example of our Republican Senator-elect Rick Scott who falsely accused the Democratic Supervisor of Elections in Broward County of fraud during a mandatory recount. Before allowing for mandatory processes to take place, Governor Scott implied that “unethical liberals” were trying to steal his chance at a U.S. Senate seat. Meanwhile, a Republican Supervisor of Elections actually broke the law by allowing voters in Bay County to vote by email and fax. Granted, the area had been hit by a hurricane, but is that enough of an excuse to knowingly violate the law?

Of course, the real disorder resulting from this election cycle is the 20,000 voters in Broward County who somehow missed the U.S. Senate race. A bad ballot design sounds believable, but it’s not like the Bill Nelson-Rick Scott matchup was some obscure down-ballot contest. How do you forget a race featuring Florida’s Republican Governor and the state’s incumbent Democratic Senator?

Voting may well be the sport Americans must play to participate in a democracy, but it seems that it’s not just felons with restored rights who can benefit from a civics refresher course. Florida has a voting-awareness problem. Too many of us just don’t understand or simply don’t care enough about the complexities of casting a ballot or managing an election.

One thing though is clear. The current process to restore civil rights to deserving felons is more an impediment than pathway to the ballot box. Florida’s clemency process starts with a five-to-seven year waiting period before the felon can formally apply to the Office of Executive Clemency. The state’s clemency board only meets four times a year, a schedule that has more than 20,000 applicants stuck in limbo. For those fortunate enough to make a personal appeal to the board, there’s still no guarantee. The Governor along with three other elected officials have the final say, and their decisions are often arbitrary and sometimes nonsensical.

Amendment 4 may be the best thing to come out of the November elections. By a wide margin, voters in Florida approved a constitutional change that automatically restores voting rights to felons, excluding those convicted of murder or sex crimes, who have served their time and paid restitution. Ex-offenders returning to society usually go through a period of rehabilitation and re-engagement. Their voting in upcoming elections should be regarded similarly.

Sean Pittman is the Senior Partner of Pittman Law Group, a Tallahassee-based law firm with statewide operations that specializes in government, administrative and corporate law.