Tom Joyner was all smiles as he accepted his award from UNCF Executive Vice President of National Development, Maurice E. Jenkins, Jr.

“If you have a college education, you have a better chance at success,” said the Fly Jock. Hundreds attended the luncheon to learn about UNCF’s successes in putting students on the path to graduation and the secret behind the success of UNCF’s 37 member colleges and universities and their students. UNCF goal is bring communities together for education, while closing the national college achievement gap. 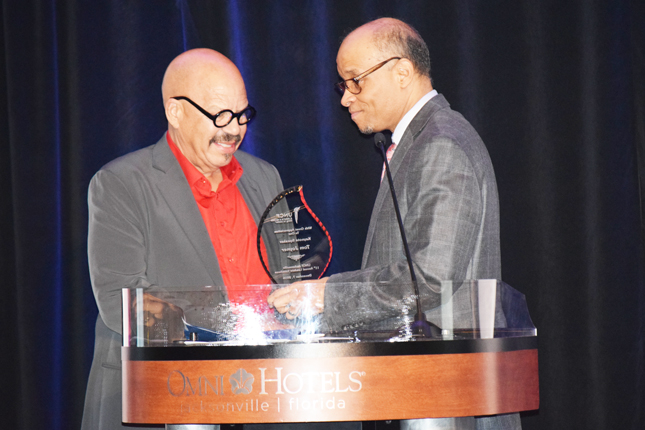