THE NEW TRI-STATE DEFENDER — (Source: www.blackpressusa.com) – By Dr. Sybil C. Mitchell, The New Tri-State Defender – Bishop J. Drew Sheard of Detroit has been elected Presiding Bishop of the Church of God in Christ.  “After being re-elected to the General Board, Bishop J. Drew Sheard, our new Presiding Bishop, asked me to serve the board as its secretary, which is a strategic part of the new administration,” Porter said.

“When it is known that you have some interest in church governance, your body of work becomes relevant,” said Bishop David Allen Hall, newly elected prelate to the Church of God in Christ General Board. 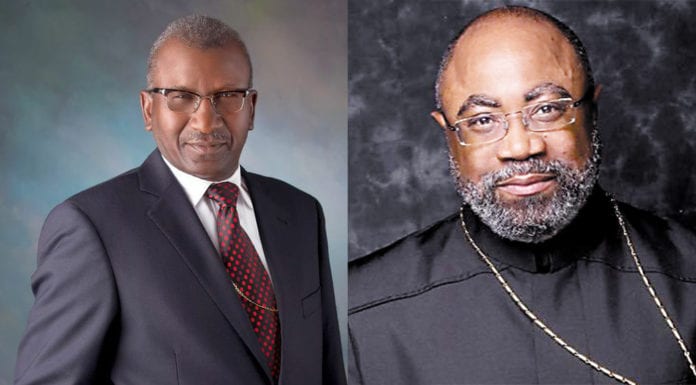 And ninth place was great standing in a field of 16 bishops vying for a seat on the 12-member General Board. Hall, who is pastor of Temple COGIC, ascended to the national church’s highest executive, governing body.

Bishop Brandon B Porter, pastor of Greater Community Temple COGIC, will serve his second term on the General Board.

“So, my desire is to make sure I help our new leader, and advance the vision of the presiding bishop and general board.”

The elections were held on Feb. 23, but final results were delayed because of several challenges launched against the results.

The elections were never-before-seen, like so many other “firsts” spawned by the COVID-19 world pandemic.

The Church of God in Christ made history with its first election of new leaders on a virtual platform.

“In the past, the saints vote during the Convocation when it’s an election year,” said Hall. “But because of the pandemic, there was a virtual election to choose a new presiding bishop and general board.”

Porter also weighed in on this year’s first virtual election.

“Well, because the whole election process was new and not planned years in advance, I’m sure there are many things that could have been improved,” Porter said. “For one thing, questions and concerns from the General Assembly could not be heard.

“That’s normal in any democratic process. I believe, going forward, most would rather have our elections in an in-person voting setting, so that all concerns can be fairly heard and acted upon.”

The Church’s General Assembly is a body of delegates from all the jurisdictions. They vote each election year as a representative entity, voting the will of their particular jurisdiction.

The new presiding bishop is elected from among the 12 bishops on the general board.

As the results were being calculated, there were charges of cyberattacks and other irregularities. Three days later, Blake issued a statement of rebuke for how the election process had played out.

Blake and the General Board had determined that the best course of action would be to postpone the elections, originally scheduled for November of 2020. However, Blake and the board of bishops never agreed to a re-scheduled election date.

Blake wrote that the “spirit of our election” and the “public display of our campaigns” challenged the fundamentals of Biblical principle.

“The unsuccessful attempt to conduct the Quadrennial election on Feb. 23, 2021, challenges our Constitution,” Blake said.

Blake also said that the chairman of the General Assembly does not have the authority or power to make decisions and take actions on behalf of the Church; that only the presiding bishop and the general board has that constitutional power.

Blake further used the statement to call for the postponement of the virtual election.

A resolution of the matter was signaled on March 1 when a joint statement was released by Blake and Bishop L.F. Thuston, General Assembly chairman. The show of unity touted a “high integrity third party vendor” that would be selected by March 5, to “administer the Quadrennial Election under the supervision of the Election Commission.”

“I ask all of you to pray for the future of COGIC,” Porter said. “We have several new officers, and we must work together for the edifying of the people. We are still a great Church with a great future, and I am excited to see the amazing things God has planned with our new leader and team.”

Hall asked for prayer for the church as “it seeks to change the hearts and minds of unbelievers.”

The Convocation, held annually in November, had a nine-year run in St. Louis. Last year, the confab was cancelled due to the pandemic. So, the city’s 10th year did not happen.

This year, the Convocation is slated to return to Memphis. Porter, who is credited with being instrumental in having the week-long event return, said, “It was time to come home.”

“We are certainly praying that our challenges with the pandemic will have reduced dramatically by November,” said Porter. “It would be heavenly to have all the saints gathering again after so many months of deaths, difficulties, and disappointments. Yes, it would be a glorious homecoming for Memphis and the COGIC saints.”

This article originally appeared in the New Tri-State Defender