There’s a fatal history behind the claim that African Americans are more resistant to diseases like Covid-19 or yellow fever.

Last two days alone, two African-American NBA basketball players have tested positive for coronavirus, and several cases have turned up among native populations in both African and Caribbean countries, puncturing any theory that black people are immune to the disease. Yet the memes persist.

So NONE of these Corona Virus cases have been black people?! LEMME FOUND OUT WE IMMUNE. It’s the least God can do after slavery.

Statements like this one are surely made in jest. But there are at least some instances of actual scientific or medical arguments, which outlets including Reuters and Politifact have already debunked. While some may argue that the jokes, at least, are harmless, U.S. history evinces how unsubstantiated claims about race-based resilience to disease have led to devastating outcomes, particularly for African Americans. The impacts of such beliefs still affect how people of color are medically treated — or not — today.

I’ve heard a few people claim that black people are somehow immune to #coronavirus. I haven’t seen any scientific evidence of that. Don’t be careless 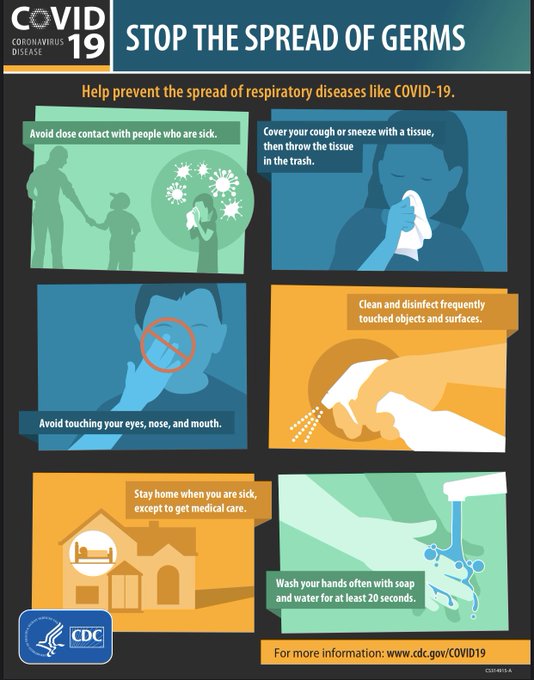 The 18th-century yellow fever outbreak in the Americas is instructive here. In the 1740s, yellow fever had overtaken coastal port cities such as Charleston, South Carolina, driving people into delirium, endless vomiting, hemorrhaging, and eventually death. The physician John Lining recorded his observations about the disease in Charleston after inspecting slave ships and their cargo —including captive Africans — finding that it was almost exclusively white people who were succumbing to the disease. These observations helped reinforce already-stirring beliefs that Africans had some kind of supernatural inoculation to some of the deadliest diseases floating along the American coast.
Lining’s medical briefs became the reference manuals for another physician, Dr. Benjamin Rush, when in 1793 a yellow fever outbreak took hold of Philadelphia, Pennsylvania, which at the time was the nation’s capitol. Close to 20,000 people — half of the population — fled Philly that year, while many African Americans actually stayed in the city at the request of Rush, who wanted to train them to nurse, care-take, and dig graves for the thousands of people dying of yellow fever.
“There were very real moments in history where African Americans were believed to be immune, and it wasn’t seen as a bonus.”

Rush was operating on the belief that black people were immune to the disease, and black Philadelphians believed him when he told them that they were. Rush not only was an outspoken abolitionist, but also friend of the black clergymen Absalom Jones and Richard Allen, founders of the African Methodist Episcopal church, and two of the most influential African Americans of the time.

Jones and Allen helped convince black people to stay behind to assist Rush, telling their congregations that it was their Christian duty to help care for the lives of white Philadelphians. But Rush was wrong. Many of the African Americans in his medical camp contracted the disease. Hundreds of them died. Allen became afflicted and almost died himself. While Rush was a highly respected doctor — the American Psychiatric Association would later title him the “father of American psychiatry” — he was relying on faulty claims about race and health conditions that proved fatally wrong. The Philadelphia massacre became an abject lesson in what happens when race gets bandied about amidst the rages of a major health maelstrom.

As Dr. Rana Hogarth wrote in her book Medicalizing Blackness about the 1793 yellow fever outbreak in Philadelphia: “The idea of innate black immunity placed an undue burden on the city’s black inhabitants. For those black people who did stay behind to help, it meant buying into a belief that at its core defined their bodies as being distinctive and unequal to whites.”
This is why Hogarth bristles a little every time she sees memes fly by on Twitter or Facebook pointing out fewer documented cases of coronavirus in Africa, or fewer deaths of African Americans, as indications that black people are somehow impervious to the disease. Such statements, whether made literally or comically, are rooted in racist beliefs that hearken back to the 18th century yellow fever disaster that almost decimated black Philadelphia.
“I can understand the idea of saying black people as a group have suffered so much, particularly if we look at medical history, that we’re going to flip the script,” said Hogarth. “But let’s just pump the brakes on this because there were very real moments in history where African Americans were believed to be immune or were peculiar in some way, and it wasn’t seen as a bonus. It was actually seen as, ‘OK, now you have to stay behind and put your lives at risk because we just assume you won’t get this,’ and that’s the part where I kind of pause and say, OK, this is not good.”

Medical theories about black immunity persisted after the Philadelphia yellow fever outbreak, refortifying political and economic justifications for keeping Africans enslaved. The thought was that black people are best suited for chattel labor because of their ability to fight off attacks on their health, even though the Philadelphia case disproved that. Some medical authorities attempted seemingly savvier takes on black immunity, adding that this superpower was linked not just to race, but to proximity to certain geographic locations and climates, mainly in the tropics. Those takes ended up as part of the Confederate South’s arguments for preserving its plantation and slave-based economy.

The climate-based argument was that certain deadly diseases couldn’t survive in warmer temperatures, which happens to be the same argument that a cruise ship line made recently about coronavirus, to convince people to keep booking trips with them. As the Miami New Times reported on March 10, Norwegian Cruises ordered sales workers to give customers scripted lines such as: “The coronavirus can only survive in cold temperatures, so the Caribbean is a fantastic choice for your next cruise,” and, “Scientists and medical professionals have confirmed that the warm weather of the spring will be the end of the coronavirus.”

There is no scientific evidence that coronavirus is vulnerable at any temperature, just like the claims of earlier centuries that diseases like yellow fever can’t survive in tropical conditions or in tropical people were either overblown or flat-out false. The only thing that inoculated a person from yellow fever back then, says Hogarth, was actually contracting the disease and being lucky enough to survive. Since yellow fever originated in mosquitos native to West Africa, the black-immunity truthers of the time didn’t take into account how many Africans may have died from the disease in their native lands. Today, almost all cases of yellow fever (90%) occur in the tropical areas of Africa and South America.
Beyond climate and geography, ideas about race and health powers continued to flourish throughout the 18th century among white medical professionals, taking as gospel declarations that black skin was thicker than white skin, which emboldened doctors to experiment on black bodies. One major medical idea percolating back then was that black people feel less pain and suffering than other races — an idea that became the underpinning for the surgical experimentations that Dr. James Marion Sims performed on black women in his quest to perfect procedures for fixing incontinence and reproductive problems. Today he is considered the “father of gynecology,” though monuments of his likeness have recently been taken down in recent years.
For Hogarth, the way race was treated in health matters back then informs how we talk about both today, and not often in ways that illuminate the actual impacts of particular diseases on black people.“So for example, you know when people say, ‘Oh the black women’s maternal mortality rate is appalling — a much higher rate than for whites,’? It’s good that we recognize that, but can we not make it about there being something wrong with black women?” said Hogarth. “Can we say that maybe black women are more likely to be discriminated against, to not be taken seriously, to have their complaints ignored than white women?”

Race, or rather racism, and health have also spelled doom for Chinese Americans. Unlike black people, they have not been deemed uniquely indestructible, but rather uniquely susceptible and contagious when it comes to disease. In the early 1900s, Chinatown was burned down in Honolulu out of a belief that the neighborhood was spreading the disease.Conservatives (and USA Today) have been eager to label coronavirus the “Wuhan virus” or the “China virus,” further stigmatizing this ethnic population. The Philadelphia Inquirer reports that Chinese residents and students were getting racially harassed in the city well before the first case even turned up there.
“Personally I find the xenophobia and anti-Asian responses very troubling because the quick move from epidemic control to racist or otherwise discriminatory practices of public health has a long history and we seem to be on the precipice of writing a new chapter in that history,” said Alexandre White, a sociology professor at Johns Hopkins University also affiliated with the university’s department of the history of medicine. “That should be a concern not just for people of Asian descent, but any group that has been marginalized or oppressed for any reason. We can today see a lot of commonalities around racist discourse around Covid-19 and broader ideologies of racism throughout history.”
Much of that racist discourse was incubated during that 18th century medical era response to the yellow fever outbreak. Race was used to formulate policies around who should and shouldn’t be exposed to a deadly disease, and then race was weaponized in the disease’s aftermath to determine who was responsible for it.

“In Philadelphia, [they] did what [they were] supposed to do, and look at what they get in return,” said Hogarth. “Their work is part of this long history of exasperation among African Americans who are saying that we are tired of trying to be part of this society even when we are excluded deliberately, and what we get is a minimizing of our suffering, and then blamed when things don’t go well.”

It’s clearly not a laughing matter.

Brentin Mock is a staff writer at CityLab. He was previously the justice editor at Grist.