Breaking news
By Rosetta Miller Perry – The death last week of distinguished Supreme Court Justice Ruth Bader Ginsberg gives President Donald Trump a chance to demonstrate that his continual rhetoric about how dedicated and devoted to justice for Black Americans he is really means something. Trump has been constantly claiming he’s been the “best thing that ever happened to Black Americans,” despite his refusal to seriously address issues of social justice or equal opportunity that Blacks and other people of color have been demonstrating about for months. 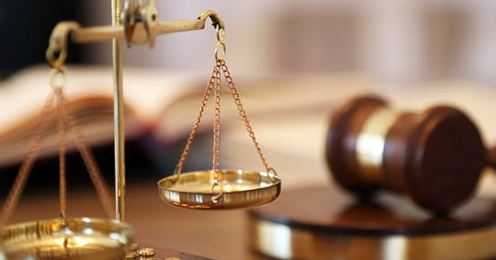 Now he can and should do something about another problem that many have been citing for decades: the absence of a Black woman on the Supreme Court. There has never been one even nominated, let alone confirmed. This would be an ideal time for Trump to make positive history, and show he’s serious about doing something to change the widespread belief that he’s not only sympathetic to White supremacist ideas, but is a supporter of them. He could also get his Senatorial supporters to confirm a Black woman and end a situation that’s long been a disgrace. Trump said he plans to announce the name of his candidate at the end of this week.
Interestingly, last May Democratic presidential nominee Joe Biden pledged to support a Black woman for the Court if he won. But he later refused to name any specific candidates, instead saying he would vet several, and when/if the time came select one. Now Trump has the opportunity, should he decide to use it, to make that choice. According to the Federal Judicial Center, there are currently 17 Black woman federal judges under the age of 60, which has been considered the upper limit for Supreme Court nominees over the last few decades. President Trump’s last two appointees, Neil Gorsuch and Brett Kvanaugh, were 49 and 53.
Looking logically at potential nominees, a couple who are worthy but would most likely never be considered by Trump are Black professor Michelle Alexander of Union Theological Seminary and former Democratic nominee for governor of Georgia Stacy Abrams. Both would no doubt be deemed too liberal by Trump and the Republican-dominated Senate. But that still leaves a number of qualified, currently serving judges with highly impressive track records.
One is U.S. District Judge Ketanji Brown Jackson, 49, sho sits on the federal trial court in Washington D.C. She made the short list of former president Barack Obama in 2016, and was even interviewed before Obama chose Merrick Garland. She was once a Supreme Court clerk, and during that time her lunch companions included current Supreme Court judge Clarence Thomas.
She’s also been praised by no less than former house speaker Paul Ryan, who introduced her during her 2012 confirmation hearings before the Senate Judiciary Committee. Her husband Patrick Jackson is the twin brother of Ryan’s brother-in-law William Jackson. “Our politics may differ, but my praise for Ketanji’s intellect, for her character, for her integrity, it is unequivocal,” Ryan told the committee at that time.
Jackson has an interesting resume in terns of private practice. She spent three years in the federal public defender’s office and was a clerk for Justice Stephen Breyer. But she also advised corporate clients for nearly 10 years. So no one could accurately claim she only represented liberals, or that she has no understanding of conservative issues or individuals. Indeed, Jackson didn’t make the final list of the group Demand Justice when they were submitting candidates for the court to the Biden campaign.
A second possibility is California Supreme Court Justice Leondra Kruger, 43. She was formerly a clerk for Justice Paul Stevens, and has also been an assistant to the solicitor general. She argued a half dozen cases for the government before the Supreme Court in that role. As a justice on the California Supreme Court, Kruger has a reputation as a moderate. That would help her in confirmation hearings before the current Senate, even if some of the more hardcore leftist or liberal groups might not be so thrilled with her choice.
A third potential choice is U.S, District Judge Leslie Abrams Gardner, 45, who’s been on the federal trial court in Macon, Georgia since 2014. She’s the younger sister of Stacey Abrams. Her husband, Jimmie Gardner, was falsely imprisoned in a West Virginia penitentiary for 26 years, following wrongful convictions for sexual assault and robbery. Gardner was a victim of the notorious laboratory technician Fred Zain, who fabricated or manipulated evidence in dozens of cases to help state prosecutors obtain convictions. Gardner was released in 2016, and married Abrams two years later.
Abrams Gardner formerly practiced in the Washington offices of Skadden, Arps, Slate, Meagher & Flom LLP, where she advised clients like Bank of America and the Radian Group on corruption investigations and complex civil litigation. While at Skadden, she helped prepare an amicus brief for the American Bar Association that urged the Supreme Court to abolish the death penalty for minors. In 2010, she became a federal prosecutor in Atlanta, where she handled a variety of criminal cases and served as a community outreach coordinator. She is a graduate of Yale Law School.
All these women are highly qualified, and also could get confirmed by the Republican-controlled Senate. Right now ideology is far less important than the practical reality of getting a Black woman on the court. Since it looks evident that Senator McConnell and the GOP cronies are going to push a confirmation vote through before the election, it is imperative that a Black woman who can be confirmed be chosen.
President Trump could not go wrong with any of these candidates. Any would be a worthy choice for the Supreme Court’s first Black woman judge.