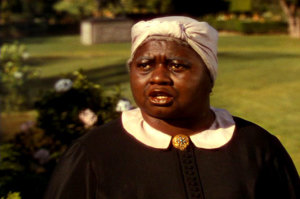 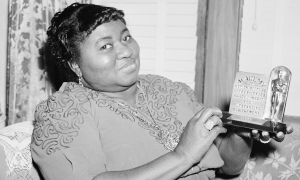 One of the most talked about stories surrounding this year’s Academy Awards is the #OscarsSoWhite controversy, prompted by a lack of diversity in the award show’s nominations.

Racial issues have plagued the film industry for decades, as highlighted by the first black Academy Award winner, Hattie McDaniel. McDaniel won the award in 1940 for her portrayal of a slave named Mammy in “Gone With the Wind.” She starred opposite Vivien Leigh, Clark Gable and Olivia de Havilland in the award-winning film and was one of the most important members of the cast.

But when McDaniel attended the 12th Academy Awards at the famed Cocoanut Grove nightclub in The Ambassador Hotel, she wasn’t greeted as warmly as her co-stars.

McDaniel, who was one of the most famous black actors of the time, arrived at the show in a rhinestone-studded, stunning turquoise gown and wore white gardenias in her hair. She had an escort, F.P. Yober, and her white agent, William Meiklejohn, but when she entered the ceremony she was not shown to the “Gone With the Wind” table where her white co-stars sat, instead she was taken to a small table in the back for the room. The hotel, at the time, had a strict no-blacks policy and “Gone With the Winds”‘ producer David O. Selznick had to get the hotel to make a special exception just for her to attend, The Hollywood Reporter revealed.

After the Academy Awards, McDaniel had to celebrate elsewhere too, as the clubs were still separated in the 1940s.

Much like Will and Jada Pinkett Smith are planning to do this year, McDaniel’s co-star Clark Gable considered skipping the awards ceremony over segregation. McDaniel reportedly had to convince Gable to change his mind.

Although McDaniel got her star on the Hollywood Walk of Fame, she still faced discrimination after her death. She was denied a spot in the Hollywood cemetery due to her race.

Hollywood has certainly come a long way since McDaniel’s Oscar win, but there’s still progress to be made. It took 50 years for another black actress to take home an Oscar, when Whoopi Goldberg won for her role in “Ghost.”