By Khaled A. Beydoun and Justine Hansford (11.15.17) – An F.B.I. report leaked in October and scrutinized during an oversight hearing of the House Judiciary Committee on Tuesday warns of an emergent domestic terror threat sweeping the nation and threatening the lives of law enforcement officers: the “Black Identity Extremist” (“B.I.E.”) movement. This designation, just recently invented by the F.B.I., is as frightening and dangerous as the bureau’s infamous Cointelpro program of the 1960s and ’70s, under which J. Edgar Hoover set out to disrupt and destroy virtually any group with the word “black” in its name. Today, entirely nonviolent black activists face violations of their civil liberties and even violence if they’re deemed part of B.I.E.

The 12-page report, prepared by the F.B.I. Domestic Terrorism Analysis Unit in August, and later made public by foreignpolicy.org, both announces the existence of the “Black Identity Extremist” movement and deems it a violent threat, asserting that black activists’ grievances about racialized police violence and inequities in the criminal justice system have spurred retaliatory violence against law enforcement officers. It links incidents of violence by a handful of individual citizens like Michael Johnson, who shot 11 Dallas police officers in July 2016, to “B.I.E. ideology” and predicts that “perceptions of unjust treatment of African-Americans and the perceived unchallenged illegitimate actions of law enforcement will inspire premeditated attacks against law enforcement.”

This is fiction. Daryl Johnson, a former Department of Homeland Security intelligence agent, when asked by Foreign Policy in October why the F.B.I. would create the term “B.I.E.,” said, “I have no idea” and “I’m at a loss.” Michael German, a former F.B.I. agent and fellow with the Brennan Center for Justice’s liberty and national security program, said the “Black Identity Extremists” label simply represents an F.B.I. effort to define a movement where none exists. “Basically, it’s black people who scare them,” he said.

“Could you name an African-American organization that has committed violence against police officers?” Representative Karen Bass asked Attorney General Jeff Sessions at Tuesday’s hearing. “Can you name one today that has targeted police officers in a violent manner?” It’s no surprise that he could not. Mr. Sessions, who confessed that he had not read the report, said he would need to “confirm” and would reply in writing at a later time. The F.B.I. itself admits in the report, that, even by its own definition, “B.I.E. violence has been rare over the past 20 years.”

The Black Identity Extremist designation erroneously presumes a broad and disparate group of organizations with concerns about the criminal justice system represent a movement with a unifying ideology. This reflects ignorance — or denial — of the reality on the ground: There are dozens if not hundreds of groups with primarily black members that take issue with racial injustice but have distinct areas of focus, mandates, missions and memberships, and which are just as likely to conflict with one another as they are to overlap.

Beyond that, the F.B.I.’s suggestion that people with “extreme black identities” may attack law enforcement officers has practical — and potentially deadly — consequences for those who are swept up under the newly created label. Although it’s unclear what actions the F.B.I. will take as a result of the report, the conclusions pave the way for it to gather data on, monitor and deploy informants to keep tabs on individuals and groups it believes to be B.I.E.s. This could chill and criminalize a wide array of nonviolent activism in ways that have terrifying echoes its infamous Cointelpro program, which investigated and intimidated black civil rights groups and leaders, including Marcus Garvey and the Rev. Dr. Martin Luther King Jr. Under this program, F.B.I. agents concocted a false internal narrative connecting Dr. King to foreign enemies, allowing agents to justify threatening to publicize his private life and encouraging him to commit suicide. This is a reminder that while the “Black Identity Extremist” designation is new, the strategy of using a vague definition to justify broad law enforcement action is not. The report’s labored efforts to link what it calls the “violent anti-white rhetoric” of today’s black organizations to “B.I.E. violence” that “peaked in the 1960s and 1970s” suggests a plan to use similar tactics to the “monitor, disrupt and divide” approach that it used against civil rights activists.

The F.B.I.’s branding of individuals and groups troubled by racial injustice and police misconduct as dangerous “Black Identity Extremists” echoes and validates the way racist fringe groups on the right, like neo-Nazis or the K.K.K., see these activists. By encouraging the public to view groups like Black Lives Matter (which has offered a robust critique of systemic police violence against African-Americans and has organized peaceful direct actions but has no links to terrorism or violence) as a threat, the designation indirectly emboldens private violence against black activists. To make matters worse, the F.B.I. memo comes at a time of mounting white supremacy and white nationalism, and as the Trump administration has announced plans to cut Countering Violent Extremism funds to fight against white supremacists and neo-Nazis despite their having actual historical links to violence.

Finally, the F.B.I. designation compounds the vulnerability of black Muslims, who make up the largest segment — at least 25 percent — of the Muslim population in the United States. Muslim communities are already the targets of counter-radicalization policing. Neighborhoods, campuses and institutions where black Muslims organize around racial justice and against police brutality could now be doubly scrutinized with double the threats to civil liberties, particularly as the Trump administration seeks to intensify counter-radicalization measures.

In fact, the fabrication of a “B.I.E.” movement that could justify the F.B.I.’s marshaling of its counterterrorism capabilities against anyone who it decides fits the vague, baseless designation potentially threatens the civil liberties of all Americans. The Cointelpro program began with an effort to prevent the rise of a “black messiah who could unify and electrify the militant black nationalist movement” and evolved to target the American Indian Movement, the Brown Berets and those who protested against the Vietnam War. Similarly, the F.B.I.’s broadening of the “War on Terror” to include Black Identity Extremists in addition to the primary targets of that campaign — Muslims — could be just the beginning. It’s not hard to imagine that those who advocate for women’s rights, immigrant rights and other groups could be the subject of a fantasy “movement” in a future F.B.I. report.

After years of silence, a Senate committee convened by Senator Frank Church of Idaho in 1975 finally revealed how deeply the Cointelpro program degraded American democracy by infiltrating and causing dissension within organizations, stoking rivalries, and even placing agent provocateurs inside protest movements to initiate violence. Lawmakers should pay the same attention to what the F.B.I. is doing today. Representative Bass’s Tuesday grilling of Mr. Sessions about the B.I.E. report was a start, but the issue demands more attention. Congress should hold formal hearings dedicated to the F.B.I.’s use of domestic terrorism resources and accompanying designations to target citizens who have done nothing more than express their desire for justice. 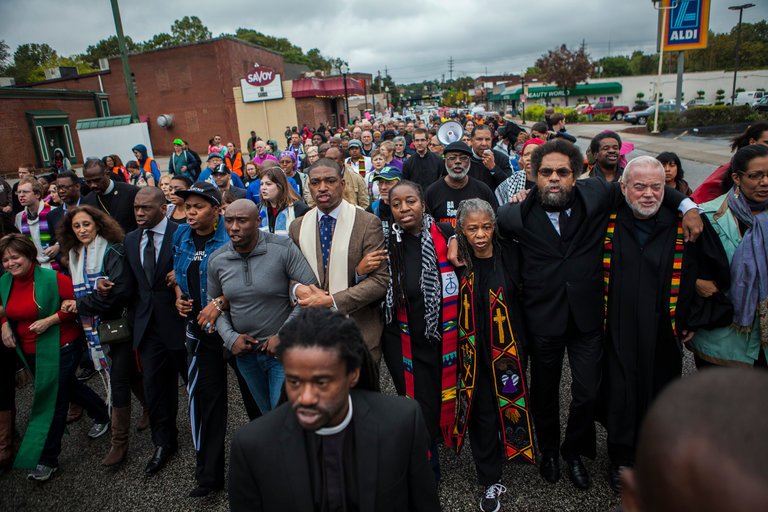