By Erik Pedersen   HBO and Netflix each have a pair of programs among those receiving the 13th annual Television Academy Honors, which were announced today. The prizes recognize six exceptional television programs that are impacting society through thoughtful, powerful and innovative storytelling, the Academy said.

The shows were to be feted at an awards ceremony this month, but that has been shelved indefinitely amid the coronavirus crisis. 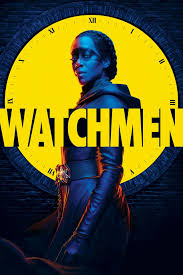 “During this difficult time for our industry and our country, the Television Academy Honors plays an important role in recognizing contemporary programming that speaks to our humanity and brings us together,” said Maury McIntyre, the Academy’s president and COO. “We would like to thank our judges for their commitment and virtual engagement at this challenging time.”

“Now more than ever, television remains one of the most powerful mediums to reach and touch people,” Sanford said. “We applaud those brave visionaries who choose to tell difficult and empowering stories.”

Here are details about the six recipients of the 13th Television Academy Honors:

16 Shots is the quixotic story of a small group of activists, journalists and attorneys who fought to reveal the truth behind the Chicago police killing of Laquan McDonald. The documentary features a forensic examination of a shooting, the anatomy of a coverup, and a portrait of the social/political machine that makes black lives disappear. Despite all odds, this group of activists fought to secure the release of the video of Laquan’s shooting, catalyzing a series of earth-shattering moments that culminated in the trial of the officer responsible for Laquan’s murder. (SHOWTIME)

At the Heart of Gold: Inside the USA Gymnastics Scandal

For more than two decades, Dr. Larry Nassar was the osteopathic physician for the U.S. women’s Olympic gymnastics team as well as a physician at Michigan State University. During that time, he sexually abused hundreds of female athletes. Offering insights that go beyond the sensational headlines, this documentary reveals a dangerous system that prioritized winning over everything else, including protecting young female athletes. Through interviews with dozens of survivors, as well as coaches, lawyers, journalists and Judge Rosemarie Aquilina, the film exposes an environment in which young women spent their youth competing for victory on a world stage, juxtaposed against a culture where abuse was hidden, and lives were forever damaged. (HBO)

Each week comic Hasan Minhaj brings his unique comedic voice and storytelling skill to investigate larger social and political trends shaping our fragmented world. This comedy commentary series has explored obesity, retirement, immigration, global news, mental health and politics with depth and sincerity. Following a show on student loans, Minhaj was asked to testify before Congress on behalf of borrowers, proving that informed political satire can sometimes be the necessary catalyst for change. (Netflix)

This contemporary dramatic series from Ava DuVernay is more than entertainment. It addresses issues of race relations, mass incarceration, sexual assault and post-traumatic triggers. Through its fully realized, multi-dimensional depiction of an African American family, this racially progressive show tackles universal issues of culture, class and gender while highlighting specific concerns of the African American community. (OWN: Oprah Winfrey Network)

Inspired by The Marshall Project and ProPublica Pulitzer Prize-winning article “An Unbelievable Story of Rape,” this limited series confronts sexual assault and the handling of victims of trauma, treating the difficult subject matter with respect and empathy toward the victims. The compelling drama, based on the true story of a woman accused of lying about being raped and the two female detectives—hundreds of miles away—who refused to give up their pursuit of a potential serial rapist, incites a bigger conversation about the too-frequent mishandling of rape cases and rape victims and how individual and collective prejudice can shape and sidetrack an investigation. (Netflix)

Set in an alternate universe where masked vigilantes are treated as outlaws, Watchmen embraces the nostalgia of the original groundbreaking graphic novel of the same name while attempting to break new ground of its own. Watchmen goes beyond its basic plotline to highlight the most pervasive anxiety in America, the fear of imminent cultural destruction at the hands of each other, and the issue that most directly addresses an evil at the heart of our country’s history. That evil is racism. (HBO)vvvvv