NNPA NEWSWIRE — By Stacy M. Brown, NNPA Newswire Senior National Correspondent – So, as the calendar turns to 2021, and many wish friends, family and associates, “Happy New Year!” we’ll place an overwhelming emphasis on the “New Year” portion of the sentiment.

There was little to celebrate or be happy about in 2020, particularly for Black America. So, as the calendar turns to 2021, and many wish friends, family and associates, “Happy New Year!” we’ll place an overwhelming emphasis on the “New Year” portion of the sentiment.

The year began with devastating news as the world learned that a helicopter carrying NBA legend Kobe Bryant and his daughter Gigi, had crashed into a mountainside just outside of Los Angeles. Bryant, his young daughter, the pilot and six other passengers were all killed in the accident.

In unfortunate, but anticipated news, 2020 headlines continued to report on two areas of disproportionate death tolls for Blacks: Police killings of unarmed African Americans, and the novel coronavirus pandemic, or COVID-19, which disproportionately affected communities of color. 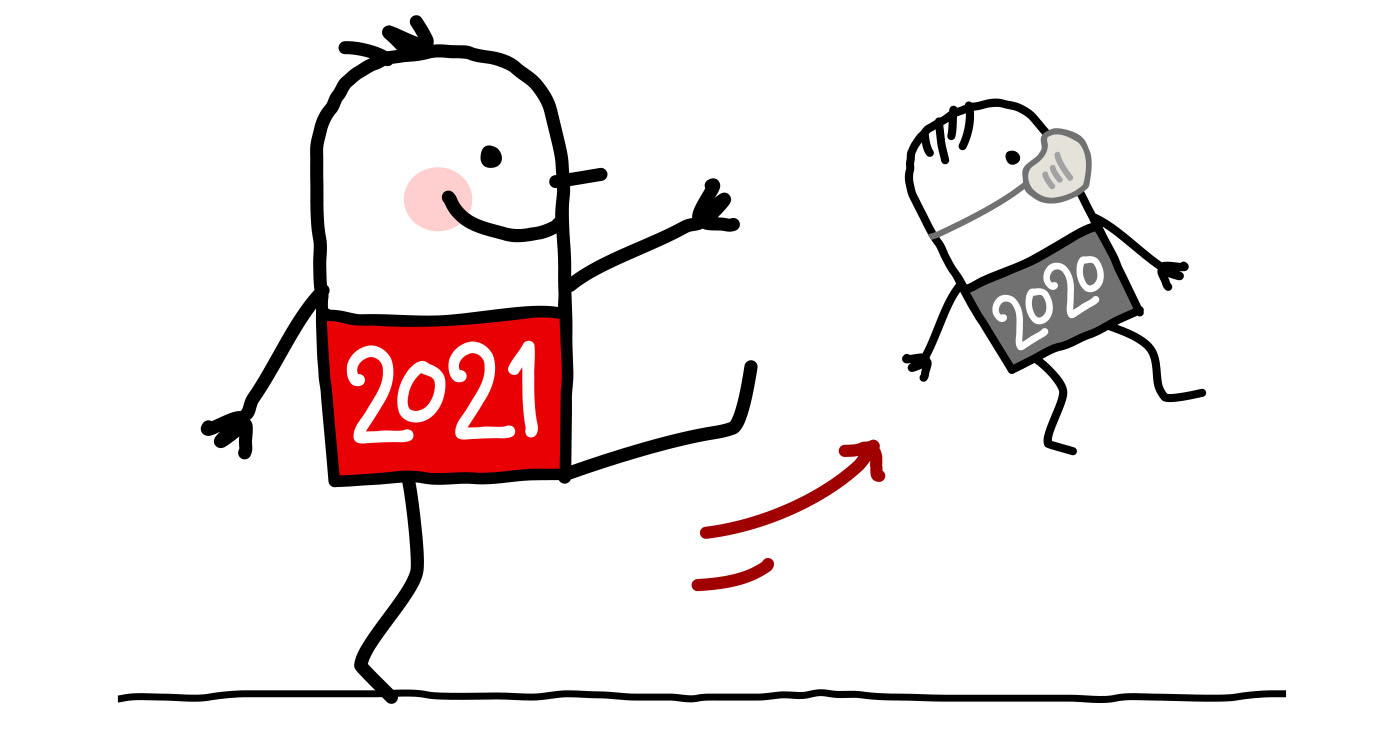 While some might argue that detecting a silver lining over the past 365 days is difficult, there was good news.

The outgoing year saw many firsts and accomplishments for African Americans, including many from the National Newspaper Publishers Association (NNPA), representing the Black Press of America.

Chavis, a civil rights icon, also helped raise the profile of the Black Press when he launched The Chavis Chronicles, a national television show with American Public Television.

The Bill and Melinda Gates Foundation continued a campaign with the NNPA to raise awareness about education barriers for students of color and bridging the learning gap for minorities. That partnership has proven even more vital during the pandemic.

The United States, and much of the world, underwent an awakened awareness that Black Lives Matter now more than ever in 2020.

Following the murders of Breonna Taylor, George Floyd, and others, major sports leagues, corporations, and others began acknowledging their responsibility in the fight for social justice and civil rights.

Led by LeBron James of the Los Angeles Lakers, NBA players exerted their popularity and authority by successfully demanding that the league honor the Black Lives Matter Movement.

Because of the players’ actions, the NBA opened its arenas to use as polling places, and the league agreed to promote social justice and civic engagement.

Major League Baseball and the National Football League also instituted initiatives with promises to do more for minorities at all levels.

The Google News Initiative (GNI) Innovation Challenge awarded Black Voice News (BVN) $300,000 in support of “Save the Black Press,” a bold call to action to innovate revenue and sustainability solutions at Black news organizations through the creation of the Data Access and Content Discovery Hub (DACDH).

Comcast Chairman and CEO Brian Roberts announced that Comcast would fight injustice and inequality against race, ethnicity, gender identity, sexual orientation, or ability. With that, Roberts committed $100 million to a three-year plan to advance social justice and equality. The initiative includes a $75 million cash commitment and $25 million in media.

Facebook announced that 15 member publishers of the NNPA would receive $1.288 million in grants through the Facebook Journalism Project’s relief fund for local news.

The social media giant said more than 200 news organizations would receive nearly $16 million in grants, which stem from $25 million in local news relief funding announced in March as part of Facebook’s $100 million global investment in the news.

MSNBC named Rashida Jones the first Black person and Black woman president of the network. Jones, who quickly becomes the most prominent woman in cable news, is scheduled to step into the top role on Feb. 1, Black History Month, replacing Phil Griffin, who had been at the cable news channel for more than 25 years.

Mellody Hobson, a Princeton graduate who, in 2019, earned the Woodrow Wilson Award, the university’s highest honor, was named Chairwoman of the Board of Starbucks.

With the promotion, Hobson became the only African American woman to chair a Fortune 500 company.

Midshipman First Class Sydney Barber, a mechanical engineering major from Illinois, was named Brigade Commander for the spring semester at the U.S. Naval Academy in Annapolis, Maryland. Barber, a track star with a stated desire to work as a Marine Corps ground officer, becomes the first Black woman to lead the Naval Academy’s student body.

The Brigade Commander heads the Academy’s day-to-day activities and trains the class of approximately 4,500 midshipmen. Barber becomes the 16th woman to serve in that role.

There were significant changes in the world of entertainment as Valeisha Butterfield Jones, a leader, global influencer, and culture shifter, who co-founded the Women in Entertainment Empowerment Network (WENN) and served as the National Youth Vote Director for President Barack Obama’s 2012 reelection campaign, was named the Recording Academy’s first Chief Diversity & Inclusion Officer.

While the traditional annual festival which hosts more than 350,000 people on Los Angeles’ Crenshaw Boulevard wasn’t in the cards because of the pandemic, Bakewell Media and the Los Angeles Sentinel found a new way to bring even more people together. The 15th annual Taste of Soul, the largest one-day street festival in Southern California, took place virtually in October.

Carol H. Williams received Ad Age’s Vanguard Award during this year’s Women to Watch Awards event. Williams, the CEO of Carol H. Williams Advertising, was honored for a lifetime of significant achievements, including being named to the AAF Advertising Hall of Fame.

2020 also answered the question, “What do Dr. Benjamin F. Chavis, Delores Tucker, Roland Martin, Gayle King, and Brent Staples have in common?” Each has made the Ebony Power 100 List, which annually recognizes leaders in their respective fields whom the iconic publication’s editors say have, “positively impacted the African American community.”

With death and hospitalizations piling up from the pandemic, a Black woman, Dr. Kizzmekia Corbett, was at the forefront of a National Institutes of Health’s team that worked with Moderna on its coronavirus vaccine.

Corbett, an expert on the front lines of the global race for a SARS-CoV-2 vaccine, will go down in history as one of the key players in developing the science that could end the pandemic.

Many others on the front lines of the fight to educate and advocate for African Americans are also celebrated. African American physicians at the University of Virginia, including Drs. Ebony Hilton, Leigh-Ann Webb, Taison Bell, Rochanda Mitchell and Cameron Webb all proved to be trusted and vital sources of objective information throughout the pandemic.

In December, L+M Development Partners formally announced financing for a $349 million development project on the Bronx Harlem River waterfront in New York, including the Universal Hip Hop Museum. Construction is scheduled to commence in January.

With the goal of presenting each of the NNPA member media companies via an online panel format, the NNPA entered into online streaming aggressively under the theme, “Save Local Journalism.” Each of the streams featured up to four publishers who were able to share valuable insights, creativity, challenges and solutions.

Live audience interaction, in the form of questions and comments from those viewing the streams verified that the series of NNPA livestreams with African American newspaper publishers were an instant hit.

Because of the livestreams, the NNPA gained new followers on all of its social media platforms and a dramatic increase in visitation to the BlackPressUSA.com website.

The 2020 Virtual NNPA Annual Convention — a first completely online event for the NNPA — proved wildly successful with several hundred thousand attendees viewing the event live and over the days that followed.

The NNPA plans to broadcast even more live events in 2021.

COMMENTARY: Remembering the Silver Linings of 2020