ROLLING OUT – Rolling Out – (Source: www.blackpressusa.com) – By Michael “Ice-Blue” Harris – The Prince x Urban Decay capsule will retail for $250 and is expected to dropped on May 27. Pre-orders are currently being taken at www.urbandecay.com. Lewis also modeled the makeup for the advertising campaign and spoke more about the line on Instagram.

The Prince estate and Urban Decay have joined forces to release a limited and exclusive cosmetics capsule inspired by the vibrant style of the Purple Rain singer. Prince’s signature color – purple – is highlighted alongside gold and black in the collection created to honor his vivid self-expression. 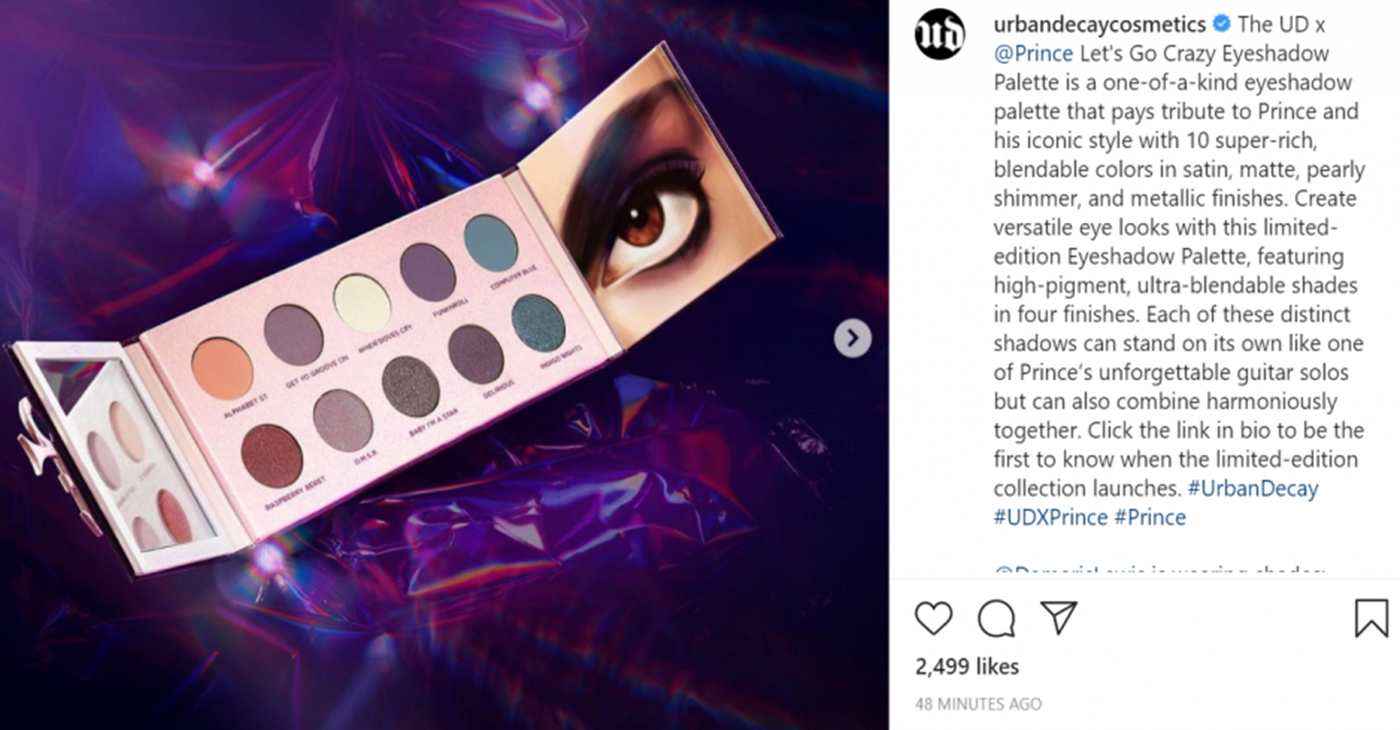 The Prince x Urban Decay capsule and campaign were designed in close collaboration with key members of Prince’s artistic camp, including creative director Trevor Guy, and his tour dancer and friend Damaris Lewis. Photographer and director Randee St. Nicholas provided art for the campaign. The artistic director was a close collaborator with Prince for three decades and was also part of the project’s conception.

“We couldn’t possibly imitate someone as legendary as Prince, and to compare him to a palette would diminish what he represents. It’s easy to say why this collection makes sense on the surface – his makeup looks and our shared love of purple – but we did our best to reflect his energy on a deeper level. We found his ethos of not asking permission to be who he was and owning it so boldly aligned with our values of breaking the mold and championing all forms of beauty,” stated Urban Decay brand co-founder Wende Zomnir in a statement to People.

The Prince x Urban Decay capsule will retail for $250 and is expected to dropped on May 27. Pre-orders are currently being taken at www.urbandecay.com. Lewis also modeled the makeup for the advertising campaign and spoke more about the line on Instagram.

“I am beyond honored, to celebrate Prince in the ways we understood each other best, during the time I was able to spend learning from him. The languages of movement, beauty, dance, play, and giving. UD @urbandecaycosmetics X @prince Shot by our family: The legend Randee St Nicholas @randeestnicholas Let’s go Crazy 💜,” she wrote.

Check out photos from the collection below as well as the video commercial campaign for The Prince x Urban Decay capsule on the following page.