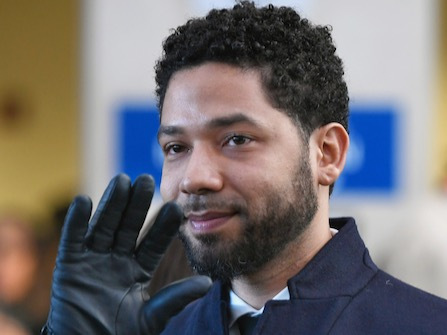 CHICAGO (AP) — New documents on the Jussie Smollett case released Thursday show that prosecutors told Chicago police detectives that a possible deal with the “Empire” actor was in the works a month before charges against him were dropped.

The approximately 460-pages of new documents show detectives investigating Smollett’s claim he was the victim of a hate crime were told by Cook County prosecutors a deal with Smollett could include a $10,000 fine and community service. The detectives did not pass the information to superiors.

“They didn’t pass it on because they didn’t know it (the case) was going to be handled the way it was,” said Chicago police spokesman Anthony Guglielmi.

Smollett was charged with 16 counts alleging he lied to police when reporting he’d been the victim of a racist, anti-gay attack in January. Police contend the black and openly gay actor staged the attack because he was unhappy with his salary and wanted publicity. Prosecutors dropped charges on March 26 without Smollett admitting guilt.

In the documents released Thursday, detectives note the Chicago Police Departmentwas informed by the Cook County State’s Attorney’s office on Feb. 28 that they could no longer investigate the crime. Smollett was indicted on March 7. The lead investigators in the case met with Assistant State’s Attorney Risa Lanier, who informed detectives “that she felt the case would be settled with Smollett paying the city of Chicago $10,000 in restitution and doing community service.”

The detectives closed the case at that point because an arrest was made and the alleged offender was being prosecuted, according to Guglielmi.

It was the attorneys for Smollett who announced charges alleging he lied to police about attack had been dropped. At the time, Johnson said he learned of the deal prosecutors made with Smollett when the deal was announced by lawyers, adding he didn’t think justice was being served. However, he didn’t directly criticize prosecutors.

“My job as a police officer is to investigate an incident, gather evidence, gather the facts and present them to the state’s attorney,” Johnson said. “That’s what we did. I stand behind the detectives’ investigation.”

The Illinois Prosecutors Bar Association said the dismissal of the charges was “an affront to prosecutors across the state” as well as police, victims of hate crimes and the county as a whole.

The city of Chicago is seeking $130,000 from Smollett to cover the costs of the investigation into his reported beating. The city claims about two dozen detectives and officers investigated the entertainer’s report that he was attacked, resulting in a “substantial number of overtime hours.”