Breaking news
by Dana Givens – The soda industry is notoriously known for being highly competitive and being hard to enter. However, one North Carolina entrepreneur was able to defy the odds to become one of the few Black-owned small businesses that have been able to thrive in the soda business. 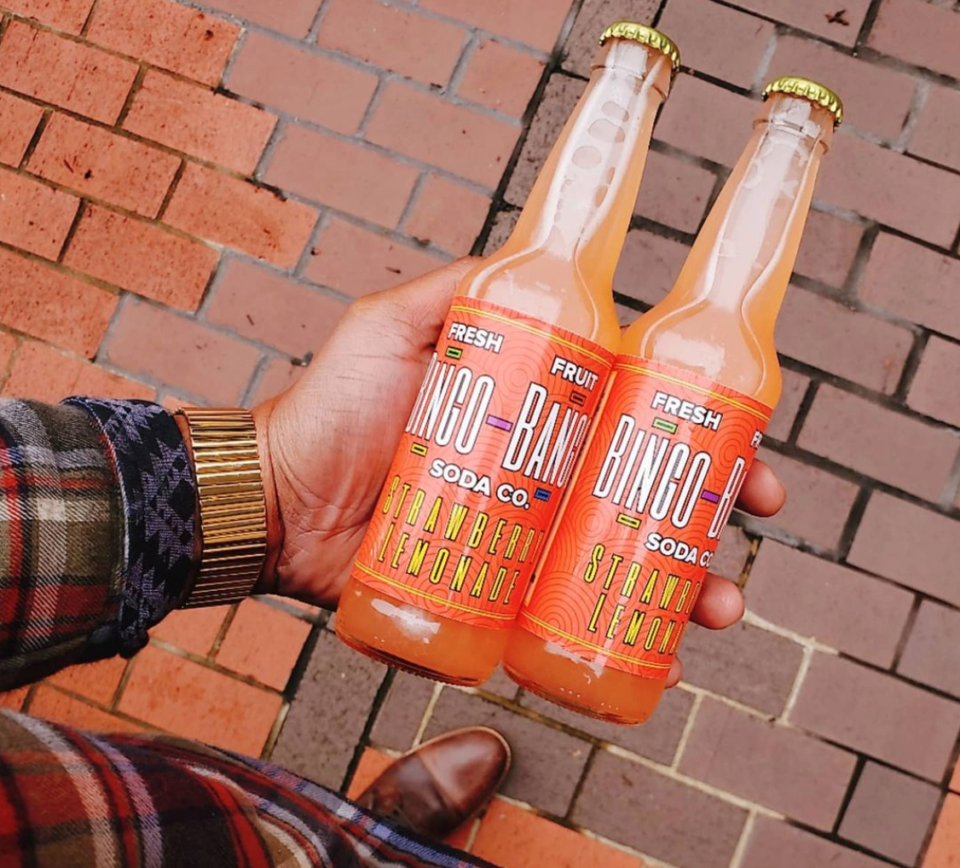 Michael Robinson is the founder and CEO of Bingo-Bango Fresh Fruit Soda Company based in his home of Winston-Salem, N.C. The former Coca-Cola representative used his experience in the industry working under a huge corporation and looking at his brother who owns a wine and beer lounge that spotlights beverages made within the state. In 2017, he started to experiment with testing flavors. By early 2018, Robinson officially launched his soda company.

Robinson says he draws inspiration from his New Orleans roots and his family when it came to developing his flavors and branding. The name “Bingo-Bango” came from a phrase that his grandfather would often say to him. Today, his sodas are available at various vendors across North Carolina.

“‘Bingo Bango’ is something he would say to symbolize something that’s unique or exciting or creative or artistic,” says Robinson to Spectrum News.“In entrepreneurship and being a business owner, you just learn to improvise and think on the fly so it’s another opportunity to rise to the occasion and do that.”

For more on the original article visit: https://www.blackenterprise.com/north-carolina-man-creates-one-of-first-black-owned-soda-companies-in-industry/?utm_source=Newsletter&utm_medium=email&utm_campaign=Newsletter%2012/9/2020_12/09/2020