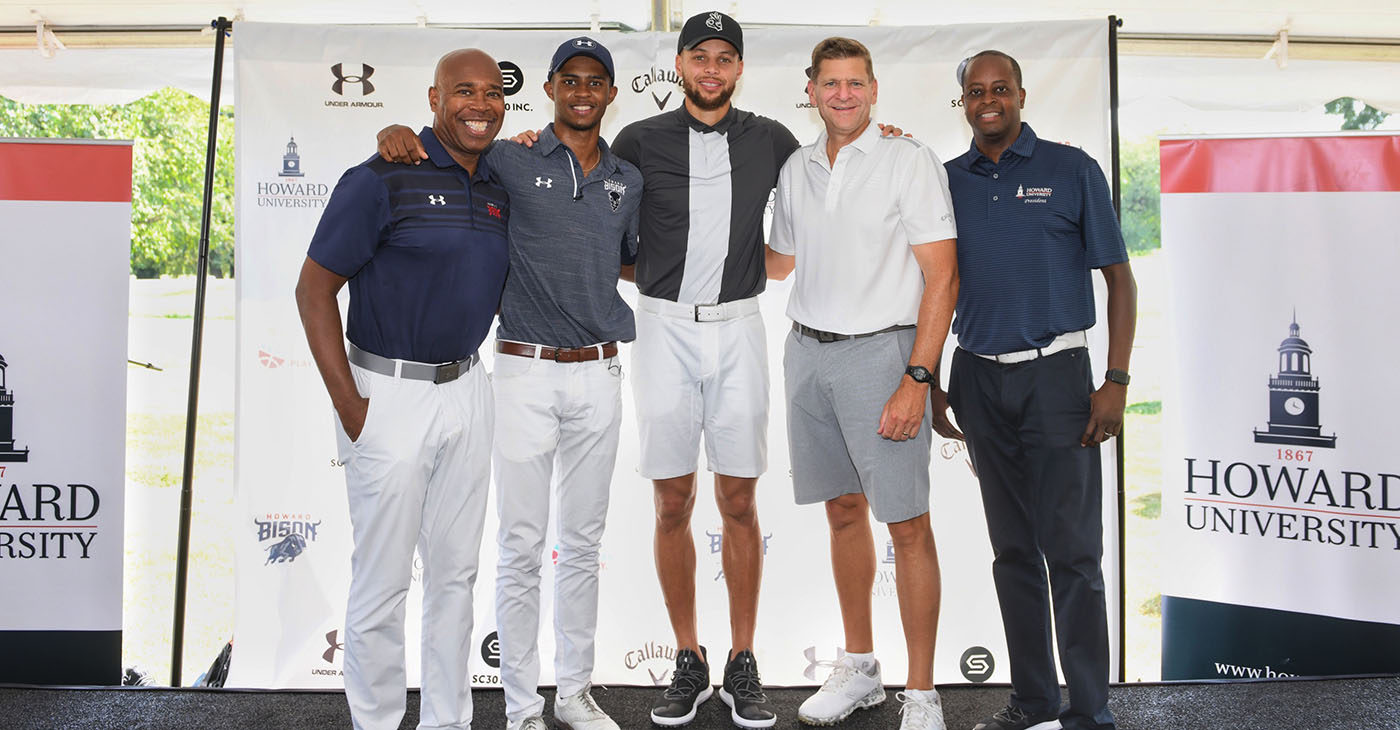 The world of golf will never be the same now that the historic Black institution, Howard University, has officially launched its first ever NCAA Division I golf programs.

“Golf is a sport that has changed my life in ways that are less tangible but just as impactful,” Curry said. “It’s a discipline that challenges your mental wherewithal from patience to focus and is impossible to truly master. So, when you hear about these passionate student athletes who have the talent but don’t have a fair shot at the game, it’s tough. I feel really honored to play a small role in the rich history of Howard University and look forward to building their first men’s and women’s golf teams with them.”

Curry was ignited by Howard senior Otis Ferguson IV, who approached him back in January, after a special HU screening of the documentary “Emanuel.” The film documents the 2015 massacre of nine innocent Black people while worshipping at Charleston, South Carolina’s Emanuel African Methodist Episcopal Church. Curry is the executive producer on the project, and the two-time NBA MVP and avid golfer felt compelled to help Ferguson, after he admitted that he had attempted to start a golf team at the school, but sadly fell short.

“No matter where you come from or what socioeconomic background you had, we all were that kid once upon a time that was just excited about finding out who they were as a person through athletics,” Curry said.

“I was blessed at a young age that we could afford to play,” Curry continued. “I just think about how many kids, especially from underserved communities, have the talent to play but just don’t have the funds or the resources.”

The Division I men’s and women’s varsity golf teams are set to begin in 2020 and train and promote more Black players in the field of golf while harnessing key traits, like endurance, strength and strategy.

During the press conference, it was announced by Davis that there would be three scholarships for the inaugural year. Two on the women’s side and one for the men’s team, adding that Curry had already committed to working with the school to raise money for endowment for the program, which he believed would amount to between $6 to $8 million on—top of Curry’s own reported six-figure donation.

“I don’t like to talk about anybody else’s wallet, but let’s just say this, [Curry] is putting up enough that we will be able to, in the first year, hire a coach and spend the necessary resources to create and develop a team starting in 2021,” Davis said. “He is also putting up enough to pay the operating and scholarship expenses for that team on both the men’s and women’s side for the next five years after that.”

According to Golf.com, there are an average of 25.7 million golfers throughout the United States. However Black Americans only account for 1.3 million of that population in comparison to their white counterparts, who make up over 20.3 million — something President Frederick said, he was looking forward to changing.

“Howard University is honored to partner with NBA Champion Stephen Curry to launch what is sure to become one of the best golf programs in the country,” President Frederick said.

“This program will expose the campus to a game with numerous benefits. Golf is unique because it can be played through various ages of life. Grandfathers can play with granddaughters. Expanding the competitive opportunities for student athletes, especially in arenas where they are underrepresented, is consistent with the university’s strategic plan.”