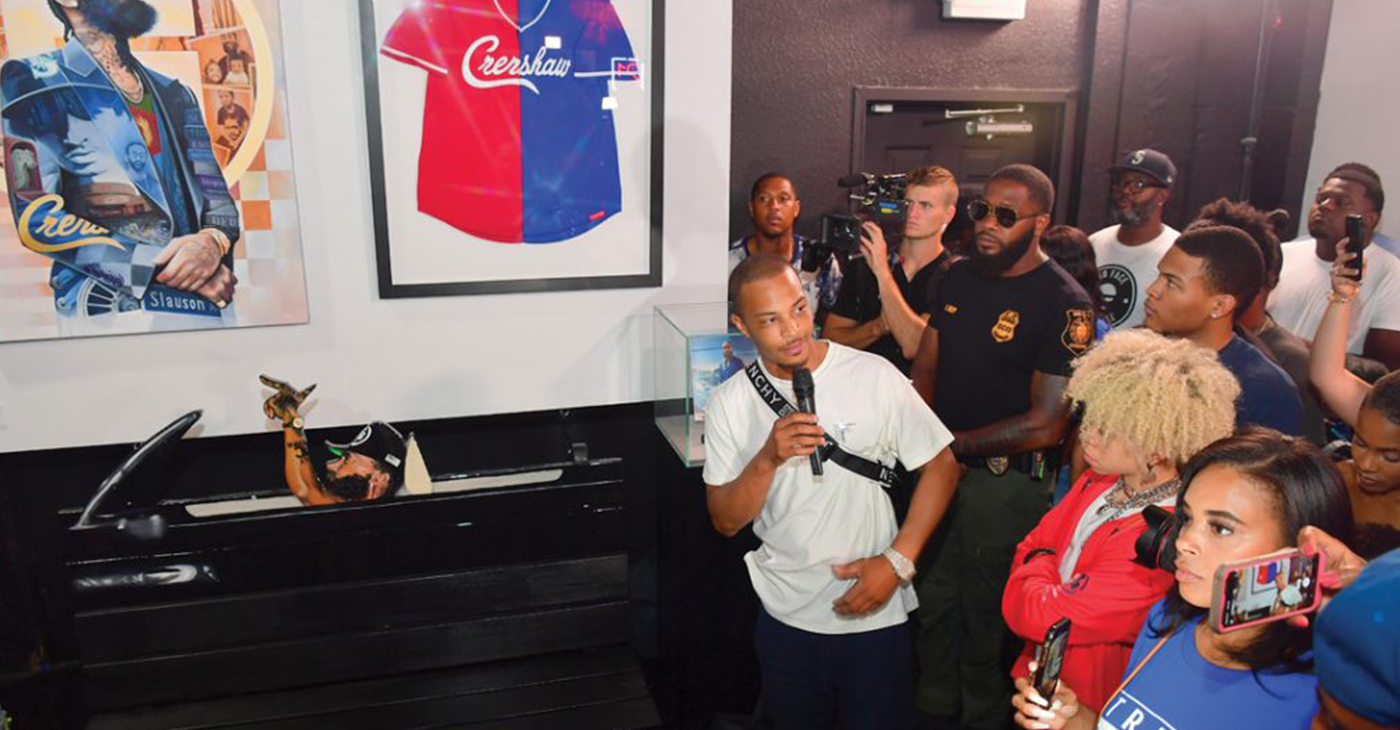 “It’s very important that we pay tribute and honor our fallen brother, Nip, because the legacy that he left, the example that he set, I mean all of it goes without saying, but it should never go unnoticed,” said rapper T.I., who curated the exhibit and is responsible for the creation of the Trap Museum.

“He left giving us a representation of how to do it,” he added.

The exhibit is comprised of contributory moments of his life, including his family, community works, actress Lauren London and the infamous street where his murder occurred, Slauson Avenue.

The unveiling took place days before what would’ve been Nipsey’s 34th birthday with many influencers in attendance, including former NBA player Shawne Williams, and singers Monica and LeToya Luckett who also star alongside T.I. on the hit VH1 show, “T.I. & Tiny: Friends & Family Hustle.”

Many people are still mourning the loss of Nipsey Hussle after he was killed earlier this year outside of his Marathon clothing store in South Los Angeles.

Prior to the tragedy, Nipsey received his biggest musical honor as he was nominated for “Best Rap Album” for the critical and commercial success of debut studio album, “Victory Lap.”

He is remembered not only for his success in the music industry but mostly for his philanthropic work in the community that he grew up in.

Other notable hip-hop artists such as The Game, Snoop Dogg, Jay-Z and many others have also created tributes acknowledging the work of Nipsey Hussle during his life.