NNPA NEWSWIRE – By  Stacy M. Brown — During the 2016 presidential campaign and amid constant attacks by then-Republican nominee Donald Trump against Democrat Hillary Clinton, Obama spoke of raising the bar in the battle of barbs and innuendo. “When they go low, we go high,” she famously stated. 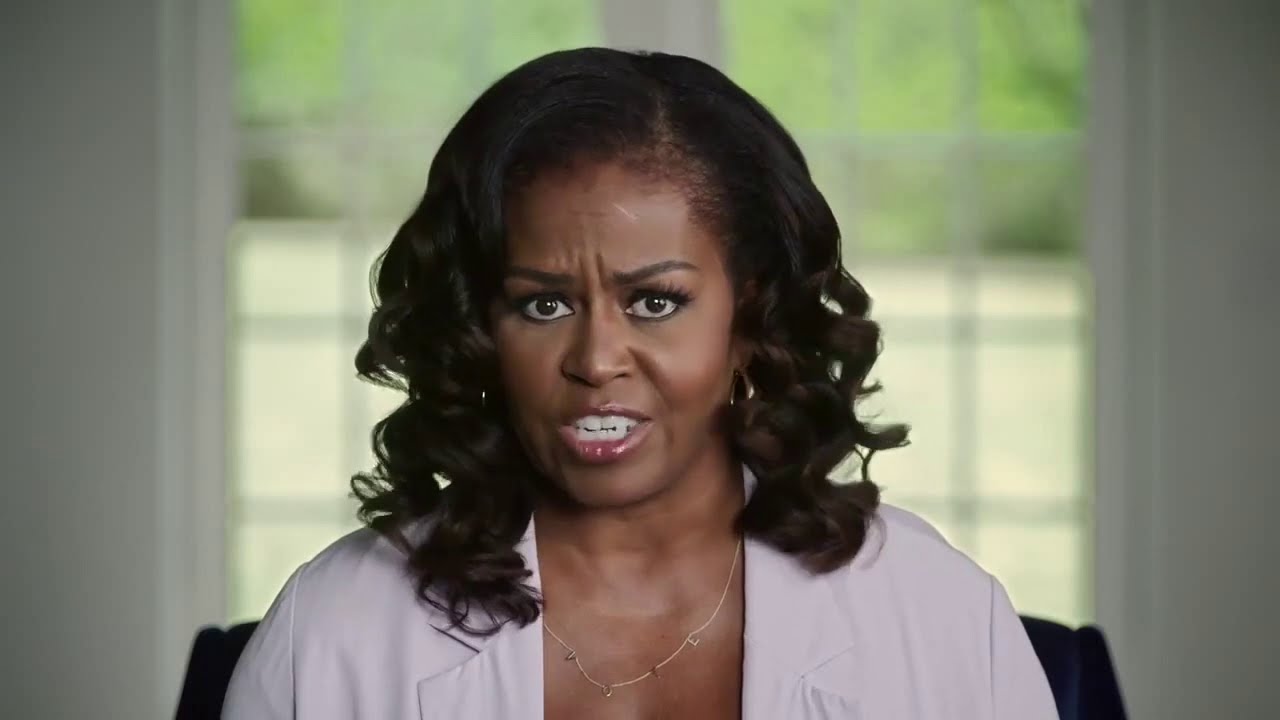 “I want everyone who is still undecided to think about all those folks like me and my ancestors,” Obama stated in a video released on Oct. 6 by the Biden-Harris campaign.

“The millions of folks who look like me and fought and died and toiled as slaves and soldiers and laborers to help build this country.”

“Racism, fear, division, these are powerful weapons. And they can destroy this nation if we don’t deal with them head-on.”

During the 2016 presidential campaign and amid constant attacks by then-Republican nominee Donald Trump against Democrat Hillary Clinton, Obama spoke of raising the bar in the battle of barbs and innuendo.

“When they go low, we go high,” she famously stated.

In the new video billed as Obama’s “closing argument,” the popular former first lady pointed out Biden’s decades of public service and his perseverance in the aftermath of the tragic deaths of his wife and young daughter and eldest son.

She also pleaded for a large voter turnout.

“We don’t have the luxury to assume that things are going to turn out OK,” Obama declared. “We cannot afford to withhold our votes or waste them on a protest candidate. Work like this may not feel as impactful as attending a protest, but trust me, it is absolutely the most important thing that we can do right now to save our democracy.”

“We can no longer pretend that we don’t know exactly who and what this President stands for. Search your hearts, and your conscience, and then vote for Joe Biden like your lives depend on it.”

Obama cautioned minority voters not to give in to frustration and allow distraction to lead to disenchantment.

“Right now, the President and his allies are trying to tap into that frustration and distract from his breathtaking failures by giving folks someone to blame other than them,” she said.

“They’re stoking fears about Black and Brown Americans, lying about how minorities will destroy the suburbs, whipping up violence and intimidation – and they’re pinning it all on what’s been an overwhelmingly peaceful movement for racial solidarity.”

“So, what the President is doing is, once again, patently false. It’s morally wrong, and yes, it is racist. But that doesn’t mean it won’t work.”

Obama then seized upon Trump’s mishandling of the coronavirus that has led to more than 213,000 American deaths and millions more getting sick.

“Seven months later, he still won’t wear a mask consistently and encourage others to do the same, even when those simple actions could save countless lives,” Obama observed.

“Instead, he continues to gaslight the American people by acting like this pandemic is not a real threat.”

She excoriated Trump for his repeated demand that schools immediately reopen.

“Everybody wants their kids back in school as soon as it’s safe,” Obama reasoned. “But as a mom, it is frightening thinking about all of these young people, who were just our babies yesterday, quarantined alone in dorms or apartments with little or no support as the disease continues to spread, unable to come home if their symptoms get worse.”

The emphatic statement by Obama continued as she aimed arrows at white privilege.

“Think about it: You’ve worked hard all your life, and for too long, you’ve watched the rich get richer … you’ve seen your beloved towns shattered by joblessness … and it’s frustrating to hear some folks say that you’ve been the beneficiary of privilege, that the color of your skin gives you a head start,” Obama said.

“The President and his allies are stoking fears about Black and brown Americans, lying about how minorities will destroy the suburbs, whipping up violence and intimidation. It’s morally wrong, and yes, it is racist.

“Imagine how it feels to have suspicion cast on you from the day you were born simply because of the hue of your skin, to walk around your own country scared that someone’s unjustified fear of you could put you in harm’s way. Terrified of what four more years of this kind of division might mean for the safety of you and those you love?

“Electing Joe Biden is a chance for a fresh start.”

“This is as powerful an argument as I’ve ever heard about the stakes of this election,” the popular ex-president wrote. “Watch it. Share it and get everyone you to know to vote for Joe Biden.”

For more on the original article visit https://blackpressusa.com/michelle-obama-urges-empathy-for-black-women-excoriates-trump-in-new-video-released-by-biden-campaign/