By Katie Hunt www.phillytrib.com – While magic mushrooms are known for their hallucinogenic effects, they may also have a role to play in the treatment of some mental health treatment.

Or they might, if they weren’t illegal in most states.

Oregon has become the first US state to make psilocybin, the hallucinogenic compound in magic mushrooms, legal for mental health treatment in supervised settings. 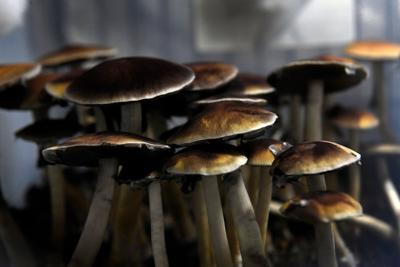 They have more evidence for their case with a new small study of 24 adults with major depression that published this week in the journal JAMA Psychiatry, which found that two doses of psilocybin led to a large reduction in depressive symptoms.

“The magnitude of the effect we saw was about four times larger than what clinical trials have shown for traditional antidepressants on the market,” said Alan Davis, an adjunct assistant professor of psychiatry and behavioral sciences at the Johns Hopkins University School of Medicine, in a news statement.

“Because most other depression treatments take weeks or months to work and may have undesirable effects, this could be a game changer if these findings hold up in future ‘gold-standard’ placebo-controlled clinical trials.”

While not without limitations, the study is the latest research to explore how psilocybin could help ease mental health problems. Other studies have suggested that the compound may help in the treatment of anorexia, obsessive-compulsive disorder and addictions.

The participants in the John Hopkins study had experienced depression for around two years before being recruited and had to give up existing antidepressants. Thirteen participants received the psilocybin treatment immediately after being enrolled, and 11 participants were put on a waiting list and received the same treatment after an eight-week delay.

The study offered more evidence of psilocybin’s “rapid and powerful effect,” said David Nutt, a professor and director of the neuropsychopharmacology unit in the division of brain sciences at Imperial College London. The results could have been skewed by the fact that patients knew they were going to get the drug, with expectations potentially increasing the size of the effect, said Nutt, who wasn’t involved with the research.

A 2016 study conducted by some of the same John Hopkins researchers found that psilocybin could ease depression and anxiety in patients who had life-threatening cancer.

“Because there are several types of major depressive disorders that may result in variation in how people respond to treatment, I was surprised that most of our study participants found the psilocybin treatment to be effective,” said Roland Griffiths, an author of the new study and the 2016 paper, and a professor at the Johns Hopkins University School of Medicine and director of the Johns Hopkins Center for Psychedelic and Consciousness Research.

Psilocybins can produce visual and auditory hallucinations and profound changes in consciousness over a few hours after ingestion, the study said.

In the United States, possession of the compound is a felony, as they are classified as a Schedule I substance.

The vote in Oregon requires the Oregon Health Authority to allow licensed, regulated production and possession of psilocybin, exclusively for administration by licensed facilitators to clients.

How psilocybin affects the brain still isn’t completely understood, but Nutt at Imperial College said that it appeared the compound disrupted negative thinking circuits through the 5HT2Z receptor in the brain.

“Standard anti-depressants protect against the stressors that lead to and perpetuate depression but don’t directly access and remedy underlying biopsychosocial causes,” he wrote in a paper he coauthored and published earlier this year.

“In contrast, psychedelic therapy harnesses a therapeutic window opened up by the brain via the effects of drugs to facilitate insight and emotional release.”

He said that the substance tended to work with “internalizing disorders” like depression or obsessive-compulsive disorder whereby individuals ruminate on failings or intrusive thoughts.

Another explanation could be more straighforwardly pharmacological, said Guy Goodwin, a professor emeritus of psychiatry at the University of Oxford — that psilocybin “is just a kick up the backside” of the serotonin system. Serotonin is a chemical and neurotransmitter in the digestive system, brain and blood systemthat regulates mood, social behavior, appetite, sleep, memory and sexual function.

Goodwin, who wasn’t involved with the research, said the main limitation of the John Hopkins study was the absence of longer-term follow-up — the team followed up with the participants only four weeks after the treatment. Depression for many people is a long-term condition, and determining if the treatment had lasting effects is a key missing factor.

What’s more, with studies like these, it can be hard to tease out the effects of the drug from the process of administering it, Goodwin said.

The study participants received about 11 hours of psychotherapy and received the drug under the care of trained professionals and in a setting designed to put the patient at ease.

“You get an effect irrespective of whether the treatment works because everyone is caring for you and looking out for you and measuring things. People like that and feel better for that. In a real comparison you’d do everything the same but the actual drugs.”

However, he said that larger studies were underway that should address the questions raised by early proof of concept studies like this one.

“This is a nice, small preliminary study with a lot of weaknesses but equally the positive results promise better things.”

For more on the original article visit: https://www.phillytrib.com/news/health/magic-mushroom-ingredient-could-work-as-mental-health-treatment/article_ca4004c7-217f-5171-ade4-ebfe84945b11.html