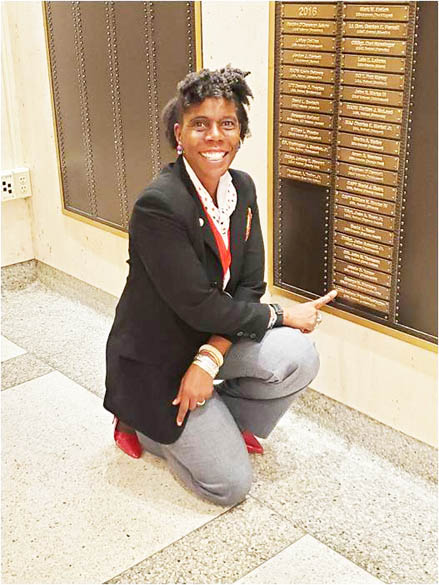 According to Washington, the FVHOF is currently seeking Vietnam Veterans that either served in the Vietnam War or were in the service during the Vietnam War era. Service is 1955 – 1975.  If you served during this time, the State wants to recognize, thank, and honor you will with a certificate and a pin for the 50 year Commemoration. If you are a widow of a service member that served during the Vietnam War era you will also receive a special pin and certificate.  9 million Vietnams Vets will be honored in a short period of time.  For more details contact Lieutenant Commander Herlena Washington at Herlena.Washington@yahoo.com. Shown is Washington proudly admiring her name in bronze.