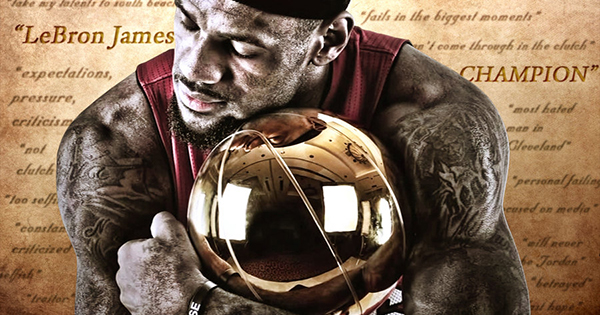 Nationwide — According to the Washington Post, “Lebron James has moved past Michael Jordan in post-season value over replacement, a box score estimate of the points per 100 possessions that a player contributed above a replacement-level player. In other words, James, despite not winning as many championships as Jordan, is the most valuable playoff player of all time.”

The newspaper also reports that he is “arguably the most clutch player in NBA history” and has “two of the top three performances ever recorded in the NBA Finals.” All of this is now being said as James and the Cleveland Cavaliers celebrate coming back from a 3-1 deficit to win the 2016 NBA Finals championship.

During the entire finals series, James scored 208 points, grabbed 79 rebounds, and had 62 assists. He also became the third player to have a triple-double in Game 7 of the NBA Finals, and his 29.7 points per game now stands as the highest scoring average by a player on the winning team in the Finals since 2010, when Kobe Bryant scored 28.6 points per game against the Celtics.

On top of all of that, James fulfilled his promise to Cleveland fans that he would bring a home a championship – something that hadn’t happened for a major sports team in the city of Cleveland in 52 years.

Even more James can now claim 5 of the 13 games ever played, in which a player had at least 20 points, 10 assists and 10 rebounds. Larry Bird and Magic Johnson are the only two players to have more than one. Charles Barkley, Tim Duncan, Jason Kidd and James Worthy have the others. Jordan has none.

Congrats to Lebron James and the city of Cleveland!