For the very first time in several years, Forbes’ annual list of celebrity money-makers has a new comedian topping the list. For years, Jerry Seinfeld topped the list. But for the first time since 2006, a new name is at the top: Kevin Hart. What makes Kevin the top-earning comedian?
Making it to the top
Kevin Hart earned $87.5 million between June 2015 and June 2016, beating Seinfeld’s $43.5 million by $30 million. How did he do it? He was everywhere! During that earnings year, Hart performed at over 100 shows with an average gross of over $1 million a pop. He performed at top-rate comedy clubs, stadiums, arenas, even Madison Square Garden and the Staples Center.
In addition, Hart’s show is very simple. When he comes out on the stage, all he needs as a stand-up comedian is a microphone, and usually a stool and a bottle of water. So his overhead costs are very little, which means he can take home more money than other performers and stars. 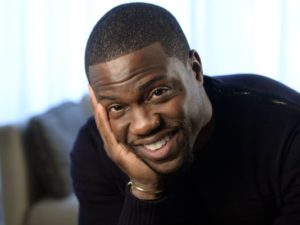