(Source: www.rollingout.com) – By Munson Steed | Mar 27, 2022 – The Senate confirmation hearings for Judge Ketanji Brown Jackson have become the laundry room for racism. Racist senators go into the laundry room to air their dirty laundry and evil comments as they lob them at a judge who has more credentials than the senators who are asking the questions.

“If I can change my gender, if I could be a woman and then an hour later, I could be not a woman anymore, I guess I would lose article three standing,” Sen. Ted Cruz (R-Texas) told Judge Jackson. “Tell me does that same principle apply to other characteristics? For example, I’m a Hispanic man. Could I decide I’m an Asian man?” 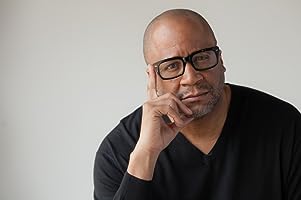 Laundry rooms are places where things are cleaned or repaired. That’s exactly what the senators are doing with their racist, ignorant behavior in front of individuals who are like laundry machines in America, and the dream of America is being whitewashed in a mix without any detergent to really clean a system of racism.

Why must America’s laundry room be the U.S. Senate? Now, why must they be the room that creates the most painful stains that continue to perpetuate the fraudulent and social abuse that the system has had for over 400 years on Black Americans?

This judge faces the issues that have brutally taken full advantage and raped Black women of opportunities, rape them of agency of their bodies and reproduction like they want to rape all women in this country, and yet it’s tolerated by corporations and financed by evil invisible and visible financiers of politics.

The hateful display is that which we have seen any time the advancement of Black Americans who are overachievers approach an opportunity that should’ve been there a long time ago, and yet the bigots are able to make snarky remarks and sinister questioning that is inappropriate, unless you belong to some triple-digit racist group, that should be outlawed in this country.

If we all believe in the rights bestowed by the Constitution, then racism in any form should be eliminated. But this is the stain that will not come out of the laundry room of the Senate. Instead, they are that bad character because they can play to their financial desires to have their evil, racist comments and positions shared on national TV.

The evil laundry room of the Senate is madder because she’s not there to clean your laundry and this is the only time that she will get taxed as though she is a servant of yours because once she is confirmed, you no longer can make her come shuffle, ask evil racist questions, nor attempt to humiliate this judge as she represents Black women and Black people. Your insults aagainst us, your history will reflect it, we will always remember the laundry room of the Senate that destroyed the true honest American dream for themselves by being bigots and racist.

You’re excited about the fact that there is no Aunt Jemima, and she ain’t your mama, either, so go, judge.