By Christal Jordan | November 12, 2020 | Peter Pan and Alice in Wonderland are two of the many cult fairy tales that excluded children of color. During this age of reboots, actors David Oyelowo and Angelina Jolie teamed up with director Brenda Chapman and writer Marissa Kate Goodhill to retell both of those stories with the fantasy-driven family film Come Away. Unlike the original stories, Come Away meshes the stories together, making Alice and Peter siblings dealing with a familial loss that results in both using their imaginations to heal their family. 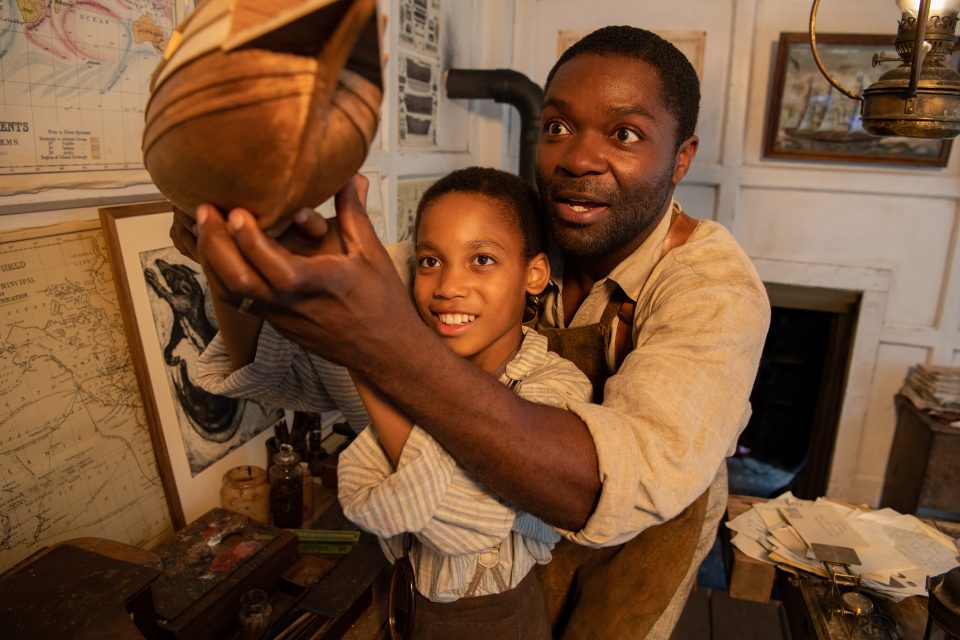 Rolling out had the pleasure of speaking with Selma actor David Oyelowo about his decision to produce the film, reimagining Peter Pan and the message that Come Away has for children and parents today.

Come Away is a rich fairy tale that’s reminiscent of two stories we learned in childhood, but the obvious difference is that it felt inclusive. The cast is beautifully diverse without the feeling that diversity was a focal point. Was that subtleness intentional?

It was intentional in the sense that race is not intentional. Of course, we are aware of having the freshness of putting Alice and Peter together in the same story changes the dynamic in such a way. I think that just opens these stories up for the next generation — Black, White, whatever, it doesn’t matter. We all know that loss has no color, fantasy and imagination have no color, so this is just an opportunity to bring freshness to these beloved fairy tales.

One of the themes of the film is embracing childhood and allowing children to maintain their innocence in the midst of real adult issues. What a great time for a film like this with everything children have been exposed to in 2020. How important is the message of protecting childhood?

One of the things we’ve learned this year is that we can’t protect children from truth. It’s not possible. I have four kids. In the middle of 2020, it’s impossible to shelter kids from all of this stuff. It’s so prevalent. It’s so present. But your job as a parent is to protect them from growing up too soon. You see this happening in real life. You see this happening in the film. But not only do you see the parents attempting to protecting the children, but we see the children reminding the parents of fun and freedom. I think a healthy dose of both is needed.

Come Away is slated for release in theaters and on video on demand Friday, Nov. 13.

For more on the original article visit: https://rollingout.com/2020/11/12/david-oyelowo-reimagines-2-classic-childrens-tales-in-new-film/2/