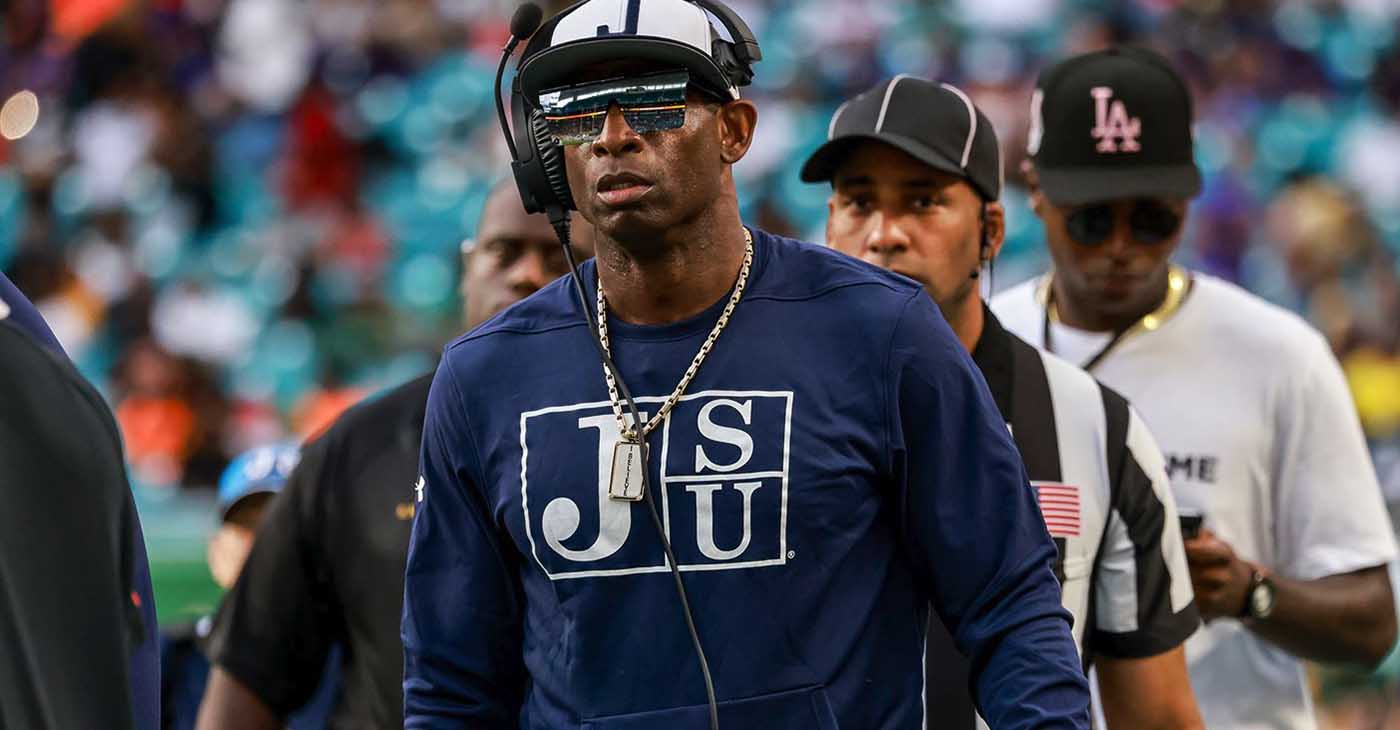 JACKSONVILLE, Fla- by Anthony Williams – It was reported on Sunday that NFL HOFer and Collegiate Head Coach Deion Sanders would be leaving his position at Jackson State University. He will take the same position at the University of Colorado at Boulder, who went 1-11 in 2022. Sanders spent 3 seasons with the JSU Tigers, amassing an overall record of 27-5, including a 12-0 record in 2022 and back-to-back seasons undefeated in conference play (2021, 2022). Sanders will also bring his son Shedeur, who tallied nearly 4,000 yards, 36 TD, and 6 INT in 2022. It is speculated that Sanders will bring a plethora of transfers and former JSU players, including former No. 1 recruit Travis Hunter.

Much of the Social Media Warriors have spent the last few days debating on whether Sanders’ time at JSU was strictly performative. Some have gone as far as to call him a “sellout”, because of the $5 Million salary Colorado offered Sanders versus the $300,000 JSU was paying him. It must be noted that while Sanders did donate half of his salary to JSU Football facilities, his personal property was damaged and vandalized on multiple occasions. This is in addition with the ongoing water crisis in the city of Jackson.

The core rhetoric of the Social Media debates stems from the fact that HBCUs are extremely underfunded, which in turn shows in their sports’ programs. HBCU Football is not a National Primetime TV staple, with the exception being the Bayou Classic between Grambling State and Southern University, which airs on NBC AFTER the usual Notre Dame game. That matchup is usually played as the last game of the season. Jackson State (along with many HBCUs) does not generate national media attention, because Shedeur Sanders’ 2022 stats would easily have him as a Top 15 Heisman candidate if he was at UGA, Alabama, Ohio State, or any of the “Blue Blood” PWI football programs.

Poor funding is not an issue specific to the HBCU, the problem is PWIs have the resources to offer more money, exposure, security and notoriety than their Black counterparts. This is not just specific to coaches, but also players, and not just specific to the sport of football. Any person making $300K annually would most likely want to upgrade to $5 million annually, considering the fact that said person is one of the most recognizable faces in the sport of American Football. Deion Sanders does not deserve to be called a “coon” or a “sellout”, instead we as Black people should take this as a lesson. Our Colleges and Universities are underfunded and PWIs will continue to have more resources until we begin investing not only in our Collegiate sports, but in our Secondary Education as well.