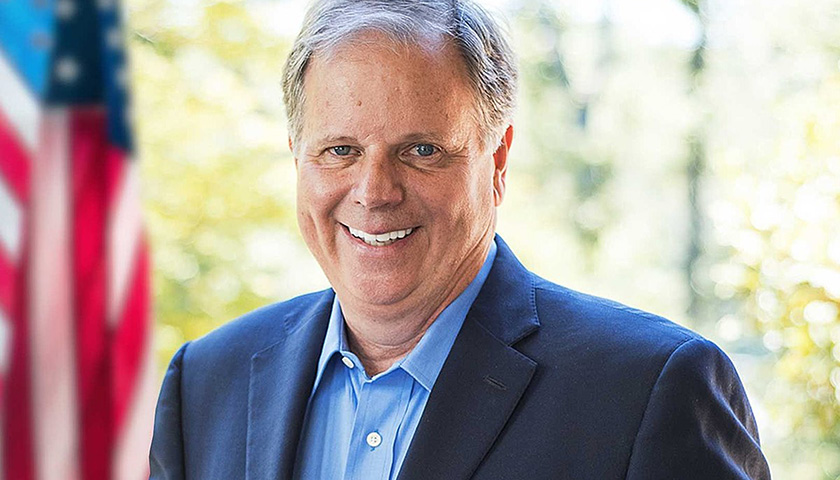 Seventeen groups signed the letter including the Joint Center for Political and Economic Studies; the Lawyers’ Committee for Civil Rights Under Law; the Leadership Conference on Civil and Human Rights; the National Action Network; the NAACP; and the National Urban League.

“As a new member of the U.S. Senate, you have an opportunity to show your constituents that not only do their voices matter, but that their experiences and skills are vital to the work that you do to represent them,” the letter said. “Ensuring racial diversity among your staff would enhance the deliberation, innovation, legitimacy, and outcomes of your office and of the Senate as a whole.”

The letter continued: “Members of Congress cannot fully represent all the communities they were elected to serve without advisors that reflect the whole of America.”

According to a study conducted by the Joint Center for Political and Economic Studies, “just 7.1 percent of senior Senate staffers, defined then as chief of staff, legislative director, communications director, and committee staff director, were people of color.”

Jones is the first Democrat to win in Alabama in a quarter of a century.

According to a CNN exit poll on Alabama’s recent special election, “30 percent of the electorate was Black—a higher share than in the 2008 and 2012 elections, when Barack Obama was on the ballot. The exit poll showed that 96 percent of Black voters backed Jones.”

In September, Moore made bizarre comments on slavery.

“I think it was great at a time when families were united, even though we had slavery, they cared for one another. People were strong in the families,” said Jones. “Our families were strong, our country had a direction, and we corrected many of the problems.”

The win was an embarrassing and stunning defeat for Donald Trump and his former White House political advisor Steve Bannon in one of America’s most reliably Republican states.

The Democratic Party has been under heavy criticism for the perception that the party’s leaders have taken Black voters for granted and failed to fund grassroots organizations that assist with African American outreach efforts.

Jones was able to win the attention of Black voters, because of his role in prosecuting the murderers of four Black girls, who were killed at the 16th Street Baptist Church in Birmingham, Alabama on Sunday, September 15, 1963.

Jones prosecuted Thomas Edwin Blanton Jr. and Bobby Frank Cherry, two members of the Ku Klux Klan, for their roles in the 1963 murders and won convictions for Blanton in 2001 and Cherry in 2002. Jones was appointed by President Bill Clinton in 1997 to be U.S. Attorney for the Northern District of Alabama.

Tina Johnson, who had accused Roy Moore of sexual misconduct, wept after Doug Jones was named the winner of Alabama’s special election.

Lauren Victoria Burke is an independent journalist, political analyst, and contributing writer for the NNPA Newswire and BlackPressUSA.com. You can reach Lauren by email at LBurke007@gmail.com and follow her on Twitter at @LVBurke.