Former Congresswoman Carrie Meek died on Sunday, and will be remembered as a trailblazer, becoming one of the first Black Floridians elected to Congress since Reconstruction. 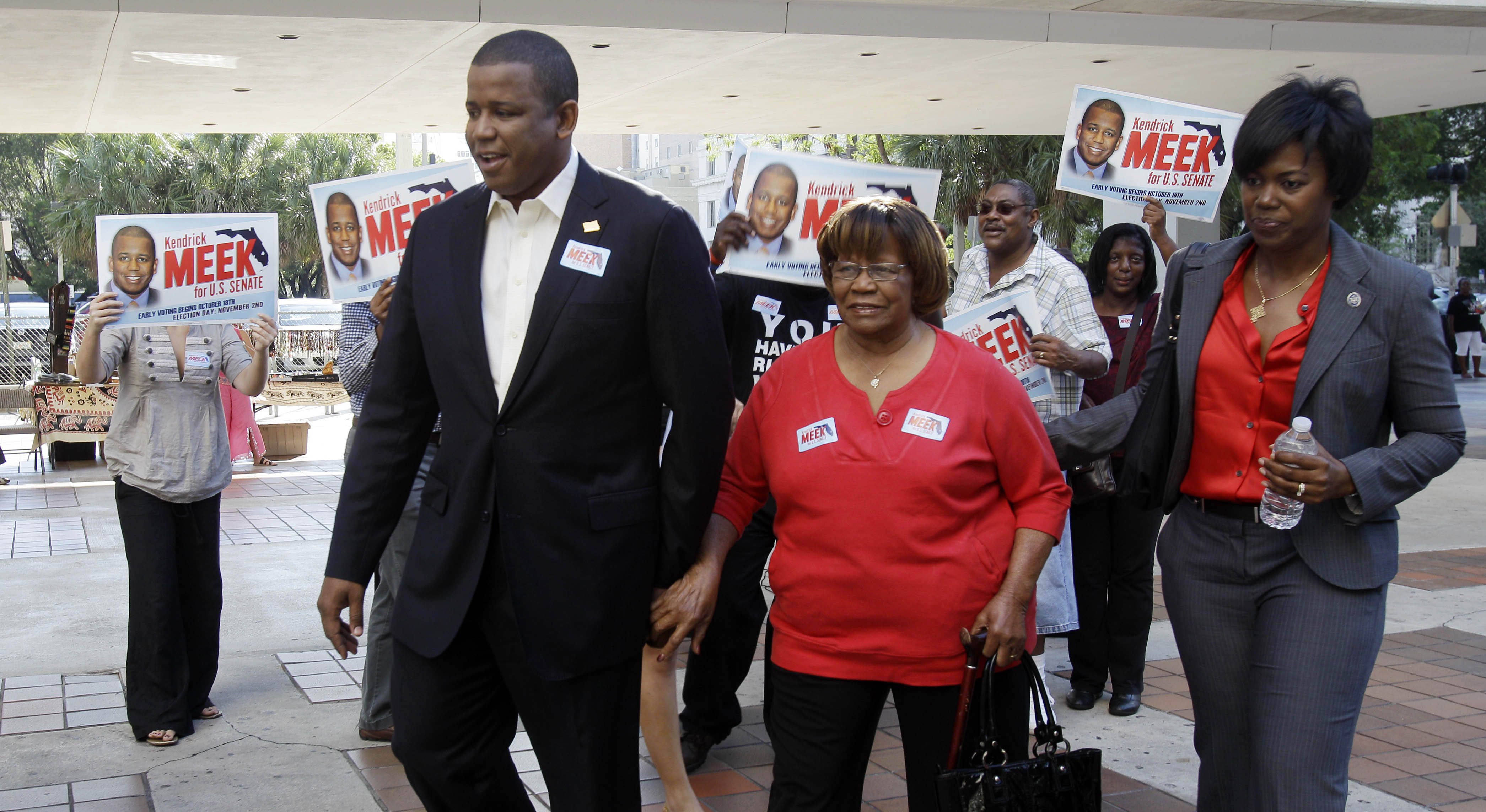 The late congressman John Lewis had another way of describing her.

“We see showboats and we see tugboats. She’s a tugboat. I never want to be on the side of issues against her,” Lewis said of Meek in 1999.

Politicians and public figures recalled a pioneering career, with many noting Meek’s devotion to working-class families in her Miami district as well as her powerful oratory, in an outpouring of support after her death at 95 after a long illness.

“Throughout her decades of public service, she was a champion for opportunity and progress, including following her retirement, as she worked to ensure that every Floridian had a roof over his or her head and access to a quality education,” said the House speaker, Nancy Pelosi.

“On the appropriations committee where we both served, she was a force, bringing to bear the special power of her soft accent and strong will for her community and country. Indeed, she was formidable in meeting the needs of her community, including by advocating for Haitian immigrants and refugees and creating economic opportunities for working families in her district.”

Meek was born in Tallahassee, Florida in 1926, according to her congressional biography. After serving as Miami-Dade Community College’s first Black professor, associate dean and assistant to the vice president, Meek beat out 12 other candidates when she ran for the Florida state House in 1978.
Just five years later, she became the first Black woman elected to the state senate.

Meek was 66 when she won the 1992 Democratic primary in her Miami-Dade county district, later winning the seat in an unopposed general election. On her first day in Congress, Meek reflected that while her grandmother, enslaved on a Georgia farm, could never have dreamed of such an accomplishment, her parents told her anything was possible.

“They always said the day would come when we would be recognized for our character,” Meek said.

In Congress she was a champion of affirmative action, economic opportunities for the poor and efforts to bolster democracy in and ease immigration restrictions on Haiti, the birthplace of many of her constituents.

As a member of the powerful appropriations committee she worked to secure $100m in aid to rebuild Dade county after Hurricane Andrew.

In a statement, Congresswoman Frederica S Wilson called Meek an “exemplary role model for elected officials like me who broke down barriers so that we could follow the path she paved and succeed”. 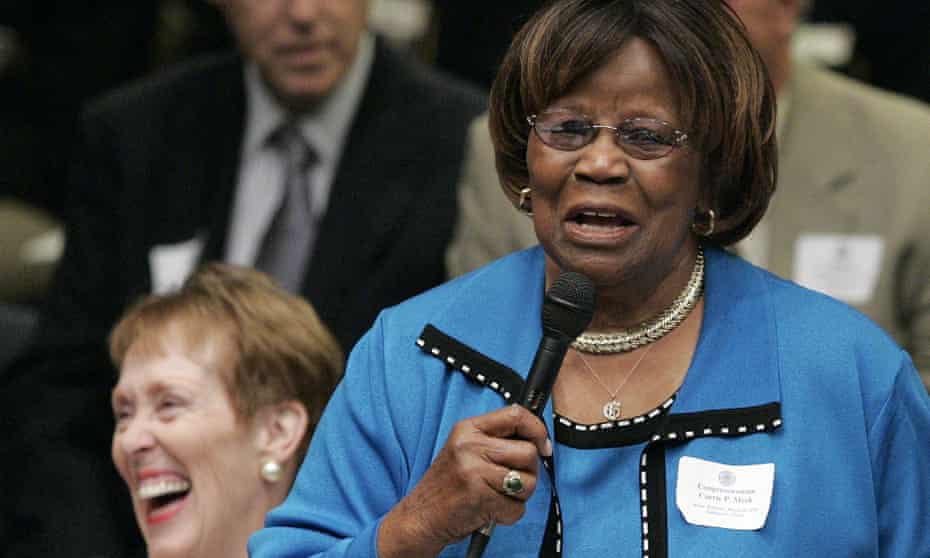 “Congresswoman Meek was the granddaughter of slaves who likely never have imagined how far she would go, but to the benefit of generations yet unborn, her parents encouraged her to believe that she could achieve anything she set her mind on – and she did,” Wilson said.

Meek retired in 2002 and was succeeded by her son Kendrick, who ran successfully for her House seat and held it for four terms.
Following her congressional career, Meek shifted her focus to the Carrie Meek Foundation, which worked to provide the Miami-Dade community with jobs and opportunities, according to the statement provided by Sharon. She ran the foundation’s operations until 2015 when “declining health” forced her step down.

Even before Meek’s death, lawmakers lauded her work.

“Only in America can the granddaughter of a slave and the daughter of a former sharecropper believe that she can achieve and conquer all that presents itself in opposition to her dreams,” the congressman Alcee Hastings, who died in April, said of Meek in 2003.

“Carrie Meek has set the stage and perpetuated the legacy of political astuteness for all of us, but particularly for African American women everywhere.”

Her children Lucia Davis-Raiford, Sheila Davis Kinui, and retired Rep. Kendrick B. Meek of Florida provided a statement about her legacy to CNN.
It read: “Carrie Meek was our family matriarch who fulfilled this role for the entire South Florida community. She was a bridge builder and healer, a unifier with a legacy defined by selfless public service. Forever the educator, the Congresswoman taught us all lessons about justice and morality. Her approach was rooted in kindness and humility. Carrie Meek made our society stronger and more equitable — an outcome that is an everlasting tribute to our beloved mother. She was guided by her faith, always inspired by the outpouring of love and community support. We humbly ask for your prayers at this time.”