Black Voters Matter (BVM) announced a national bus tour as part of its “WE GOT THE POWER” campaign to reach Black voters in the weeks leading up to Election Day. The tour started September 26, “The Blackest Bus in America” will make stops in at least 12 states across the South and Midwest to canvass, distribute BVM merchandise, and engage Black voters on the issues impacting their communities. The bus tour will also make stops at community events organized by BVM, including a watch party for the upcoming Presidential debate and a tour of historically Black colleges and universities. 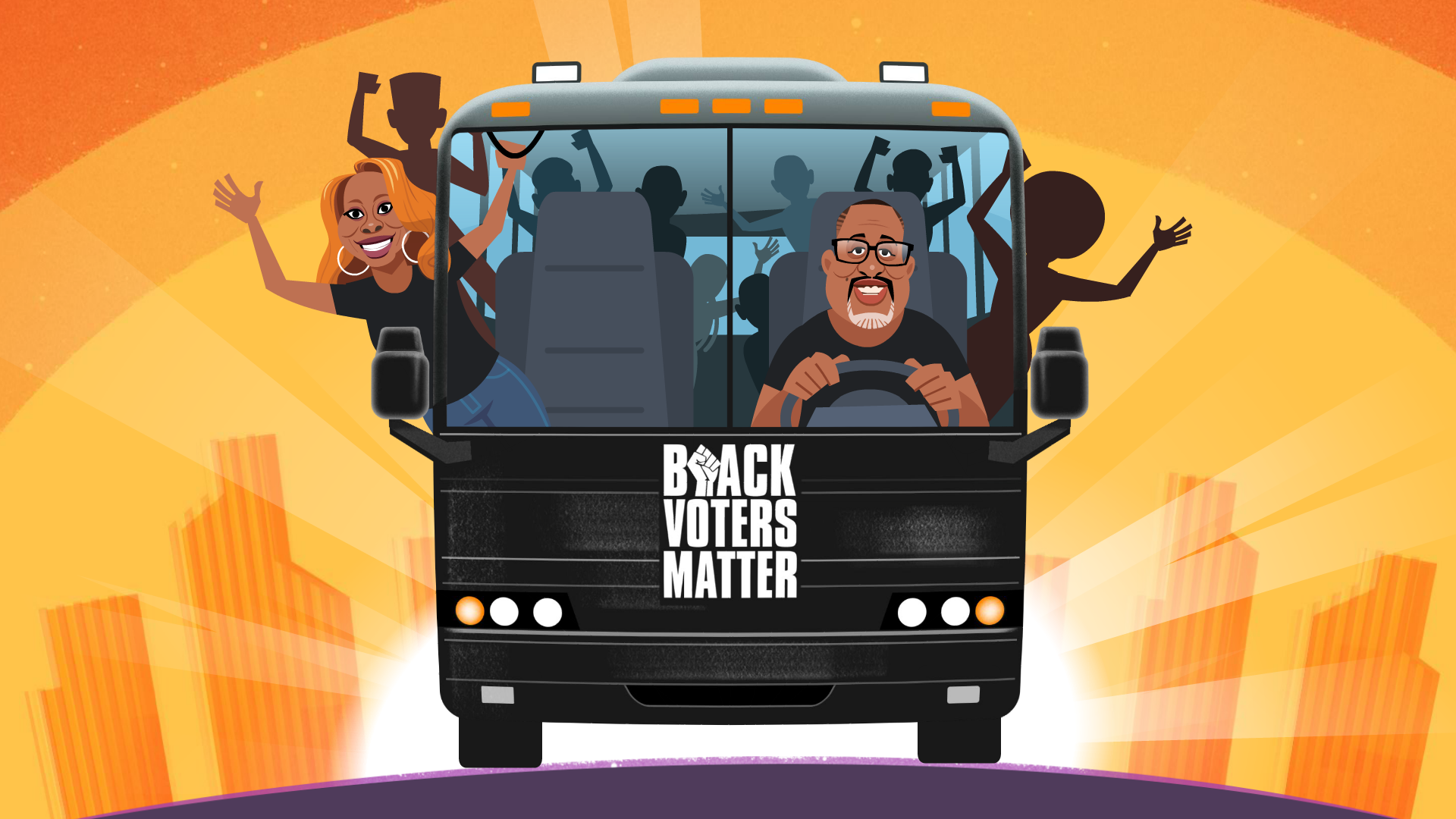 The bus tour is one of many initiatives that fall under BVM’s major voter outreach initiative, WE GOT THE POWER, which also includes radio ads, digital PSAs, virtual events, voter outreach caravans and speaking engagements.

“With less than six weeks until Election Day, we need to continue meeting voters where they’re at — in their own communities,” said LaTosha Brown, co-founder of Black Voters Matter and the 2020-2021 American Democracy Fellow at Harvard University’s Charles Warren Center for Studies in American History. “We’re taking the Blackest Bus in America back on the road to remind Black voters of their power to create change in their communities and to help them use that power at the polls this November.”

“There’s never been a more critical time to step up our outreach,” said Cliff Albright, co-founder of Black Voters Matter and a 2020 recipient of the Open Society Foundation’s Soros Equality Fellowship. “With critical issues like the pandemic, unemployment, and police brutality on the ballot, we need Black voters to show up at the polls in record numbers and hold our leaders accountable. We’re excited to hit the road on the Blackest Bus in America and continue building Black voting power ahead of Election Day.”

The Blackest Bus in America is a central component of BVM’s work. In previous years, the bus has been an important resource for reaching Black voters across the South and Midwest and a symbol for BVM’s three-pronged strategy for Black voter engagement: 1) empowering Black voters with community education and support; 2) protecting voters and restoring electoral integrity through outreach and activism; and 3) blanketing communities in Black love and joy.

Earlier this month, BVM launched radio advertisements and voter outreach caravans to engage Black voters and drive voter turnout. The radio ads, which are airing across multiple states through Monday, November 2, encourage Black voters to “reclaim your power, use your voice, and vote…because we matter.” In addition, BVM is working with its local state partners to support voter outreach caravans, led by 15-passenger vans that canvass major metropolitan areas in the South and Midwest. In October, it will launch a digital public service announcement campaign instructing voters on how to fill out their ballots. BVM is also continuing to build capacity for local, Black-led voter mobilization groups through training, funding, and staffing support.

“WE GOT THE POWER” Campaign

BVM’s WE GOT THE POWER campaign consists of power-building events that inform and inspire Black voters to utilize their collective power and address community issues and challenges. This year, BVM held a Virtual Bus Tour with civil rights advocates, policy experts, and health care professionals to engage Black voters in 13 states around the issues impacting their communities. It also included support of the Hip Hop Political Education Summit, BET’s National Black Voter Day, The Black National Convention, among other events. At the height of the nationwide protests against police violence, it also created a Resistance Fund to provide bailout support to the grassroots organizations defending protestors. Through its outreach and voter mobilization work, BVM has reached more than 7 million people and hopes to reach 10 million before Election Day.