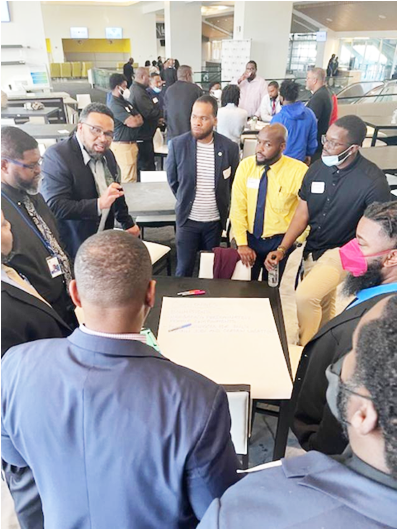 Recently, this group hosted their inaugural event introducing the initiative to Black male educators across the county. The event was facilitated by School Board Chairman Darryl Willie.  Meeting up at TIAA Bank Field’s Upper West Club, over 120 teachers and educators attended the event at the Jaguars Stadium.  Also in attendance to give remarks were Superintendent Dr. Diana Greene and Jacksonville Public Education Fund President Rachael Tutwiler-Fortune.

“This gathering was a powerful time of fellowship, food and music where black male educators were able to “see” each other and connect,” said teacher Malcolm Pringle. There was a short program, followed by small group discussions about the different challenges, lessons and tips they uncovered during their time as educators. They also honored a handful of educators for their long tenured service. At the end of the event, the teachers were given the opportunity to stay involved with the group in both formal and informal ways moving forward. 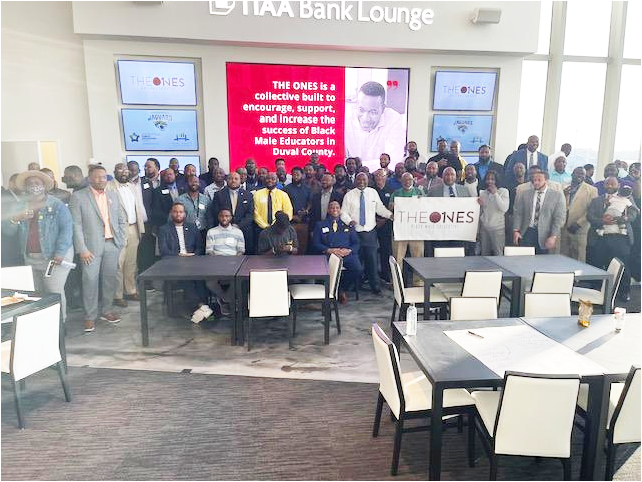