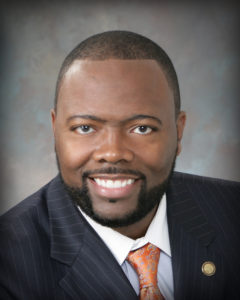 “Freedom is never given; it is won,” said the great organizer and leader A. Phillip Randolph. And Black history in America is a history of consistently fighting for freedoms and equality.

Perhaps President Trump should educate himself on the struggles and triumph of African Americans then he might have a better appreciation for human rights, but that’s another article.

If you walk into any elementary school classroom around the country, regardless of the demographic make up of the children, a vast majority of those students will know who Dr. Martin Luther King is. But, if you walk in to that same classroom and ask about Medgar Evers or Harriet Tubman, you may have a few bright students who may have heard of these African American leaders from decades past, but only a few.

Who has heard of John Langston? Well, he was a black leader and educator who is believed to have been the first black ever elected to public office in the United States.

The reason that many American students don’t know about key black leaders who helped shape this country’s history is pretty simple. And it was the same reason that existed when I was in elementary some 25 years ago – the textbooks used by many school districts do not feature much about African American history.

That has certainly changed somewhat, but instead of blacks like Booker T. Washington and Frederick Douglas being included as key components of a particular section or chapter, there’s simply some page or a few pages dedicated to black history.

In my often irrelevant yet somewhat educated opinion, American history books should not just highlight black, Hispanic or Native American history, but provide a historical context from various perspectives.

And because American children are not getting a complete “American” history, it is critical that Black History Month continues.
Hopefully, you noticed that I said American history, because in reality, America is so unique because of the many different races and folks from all walks of life that have molded our history.

So Black History Month will continue to be relevant until African American history is truly interwoven in to American History in textbooks and lesson plans.

Yes, I know some will say that parents have a number of resources, like the internet that could be used to educate their children, so the onus shouldn’t be on the schools to teach black history.

Well, parents can also educate their children on the American Revolution, the Bill of Rights or about the Roman Empire, but we find those very relevant topics in our history books. My point is simple – black historical figures should have a more prominent role in our American and world history books.

I also agree that parents have a role to play. In fact, my wife and I took our kids to see the recently released movie, Hidden Figures, so that our two youngest would have a better perspective of the challenges that blacks faced during that era.
So was Black History Month meant to last forever?

If the acknowledgement of the month is supposed to sunset/end, then what event or accomplishment triggers that end? Is it a black man being elected to President of the United States? Well let’s check that indicator off the list.

I guess we should fault Barack Obama for being the ultimate overachiever. The nerve of him to actually shock the world and put together one of best presidential campaigns ever.

But back to the question at hand; some would argue that over time, the relevance of Black History month has diminished. I can understand that argument because each generation of African American youth becomes more removed from the Civil Rights era and the legacy slavery.

Most blacks feel that we are still far from equal despite major advancements in civil rights over the past 60 years. And of course, while African Americans are proud of President Obama – his election doesn’t equate to a true end to inequality, bigotry and hatred. To the contrary – hate crimes and bigotry are on the rise again.

To put this issue into perspective, the immortal words of Martin Luther King, Jr. ring true today. He said, “Being a Negro in America means trying to smile when you want to cry. It means trying to hold on to physical life amid psychological death. It means the pain of watching your children grow up with clouds of inferiority in their mental skies.”

Let’s celebrate Black History Month in February, but make the education of our children an ongoing affair.