NNPA NEWSWIRE — By Stacy M. Brown, NNPA Newswire Senior National Correspondent  – (Source: www.blackpressusa.com) Jacob Blake Sr., son Jacob Jr. was shot seven times in the back in a residential area of Kenosha by police officer Rusten Sheskey. The shooting left the younger Blake, whose three young children witnessed the incident, was left partially paralyzed as a result. Blake Sr., his brother Justin, and Bianca Austin (the aunt of Breonna Taylor), traveled to Washington, D.C., during the week of the inauguration of President Joe Biden and Vice President Kamala Harris. The three told NNPA Newswire that they were there to finalize a meeting with House Speaker Nancy Pelosi (D-Calif.) and Senate Majority Leader Chuck Schumer (D-N.Y.). “We hope that there will be federal charges against the officer,” Blake Sr. interjected. 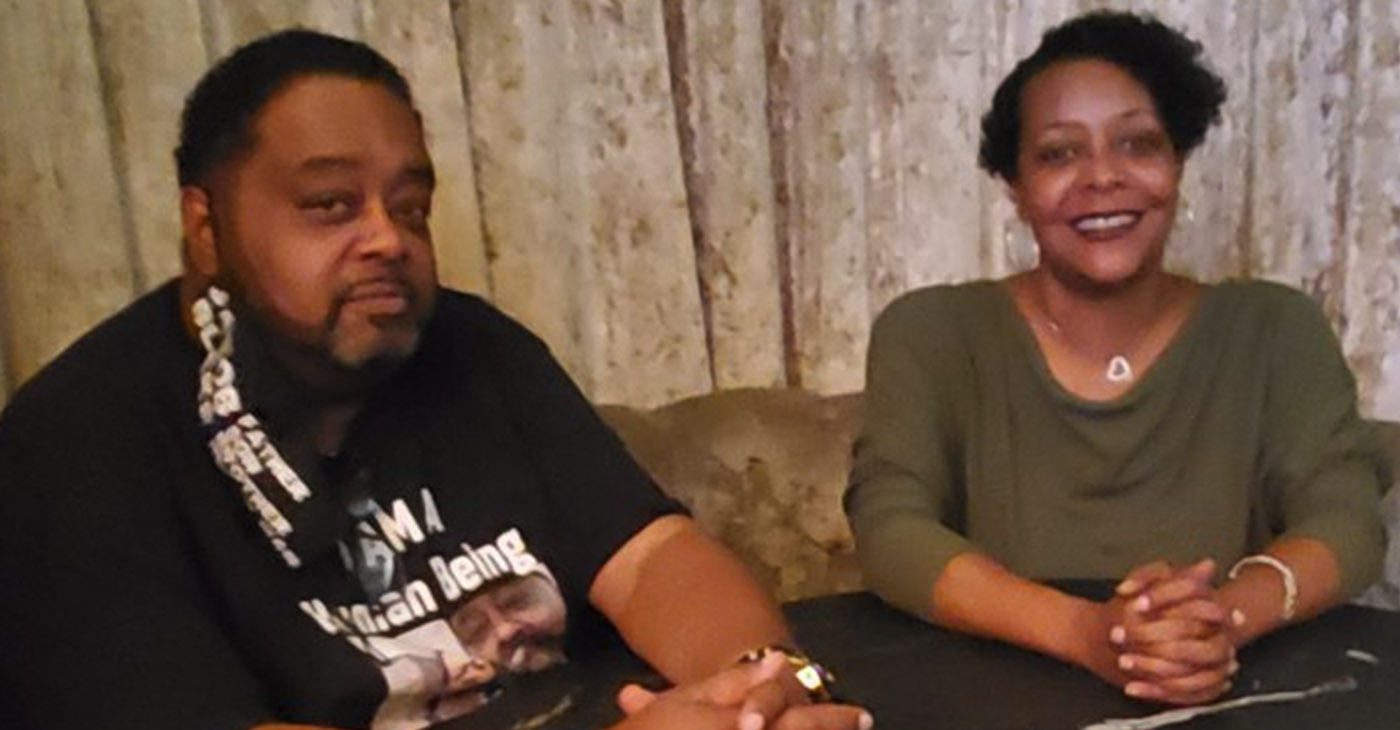 Jacob Blake Sr. will never forget the long and anxious drive from Charlotte, North Carolina, to Milwaukee, Wisconsin, shortly after the August 2020 police shooting of his son.

“The longest 13 and a half hours of my life,” Blake told NNPA Newswire.

“It was pure dread as a father having heard what had just happened to my son.”

Blake, 29, was left partially paralyzed after a police officer shot him seven times in the back in a residential area of Kenosha, Wisconsin, on Aug. 23, 2020.

The officer, Rusten Sheskey, is white, and Blake is Black.

Some reports suggested that Blake, whose three young children watched Sheskey shoot their father, was a peacemaker.

Others indicated that a former girlfriend had reported a domestic disturbance and implicated Blake.

Either way, Blake Sr. said his son should not have been so viciously filled with bullets –brutally being shot in the back in front of his small children.

That is one reason why the elder Blake, his brother Justin, and Bianca Austin, the aunt of Breonna Taylor, traveled to Washington, D.C., during the week of the inauguration of President Joe Biden and Vice President Kamala Harris.

The three told NNPA Newswire that they were there to finalize a meeting with House Speaker Nancy Pelosi (D-Calif.) and Senate Majority Leader Chuck Schumer (D-N.Y.).

“We hope that there will be federal charges against the officer,” Blake Sr. interjected.

“But, more importantly, we’re going to be taking this all the way to Congress so that we can change some of these laws and address some of these problems that allow police officers to shoot Black people down like this.”

Blake Sr., his brother Justin, and Austin declared the need for Congress’ support.

Each said law enforcement officers must begin to realize the consequences of indiscriminately discharging their weapons – particularly toward Black people.

“You’ve got to take away the immunity that the police possess,” Blake Sr. stated.

“If you don’t, they will always be able to do whatever they want to and get away with scot-free.”

Blake and Breonna Taylor’s families have supported each other since the August shooting of the younger Blake, who grew up in Evanston, Illinois, and moved to Kenosha just a few years earlier to build a better life for him and his children.

At the time Sheskey shot him, Jacob Blake was training to become a mechanic.

Taylor was 26 at the time police shot and killed her.

She worked as an EMT when Louisville, Kentucky, police officers burst into her apartment in March 2020, shooting wildly and killing her.

The officers claimed they were carrying out a search warrant and erroneously tied Taylor to an ex-boyfriend’s alleged drug activities.

While a grand jury indicted Officer Brett Hankison on charges of wanton endangerment because he discharged his weapon through the window of a nearby apartment, none of the other officers involved were charged.

“The two families have been supportive of each other, and it’s genuine. There’s so much concern and the pain that both of our families are going through – we are like this sorority of pain.”

Austin echoed Blake’s remarks about their trip to the nation’s capital.

“We are here trying to make a change. We’ve got to get these laws passed so that other families will not have to go through what we are going through,” she announced.

Blake reflected on the Jan. 6 insurrection at the U.S. Capitol and offered a comparison of law enforcement’s reaction to the mob of former President Donald Trump’s supporters who left death and destruction in their wake, to the peaceful Black Lives Matter protestors.

“Look, my three grandchildren were in the car when they shot my son. Breonna Taylor was in her house, and George Floyd wasn’t doing anything to anyone,” Blake remarked.

“All three of them – Breonna, George, and my son, were shot for a lot less than what those [insurrectionists] who ran up into the U.S. Capitol did.”

Blake added that his son currently is “holding up.”

“We take it one day at a time, one step at a time,” Blake said. “We have to be able to accept everything that happens, so you have to learn how to deal with everything accordingly.”

Austin said there remains a vital message all Black America needs to heed.

“We need to start teaching our kids the tools they need to be successful. I am raising a young king, and I get scared for him every day. I can’t imagine him being the next Jacob Blake” Austin stated.

“We have to stand up and come together as a collective. There’s so much work to be done, but we have got to start somewhere. The time is now. We have resources, and we have the tools. We just need to start using them to our advantage.”