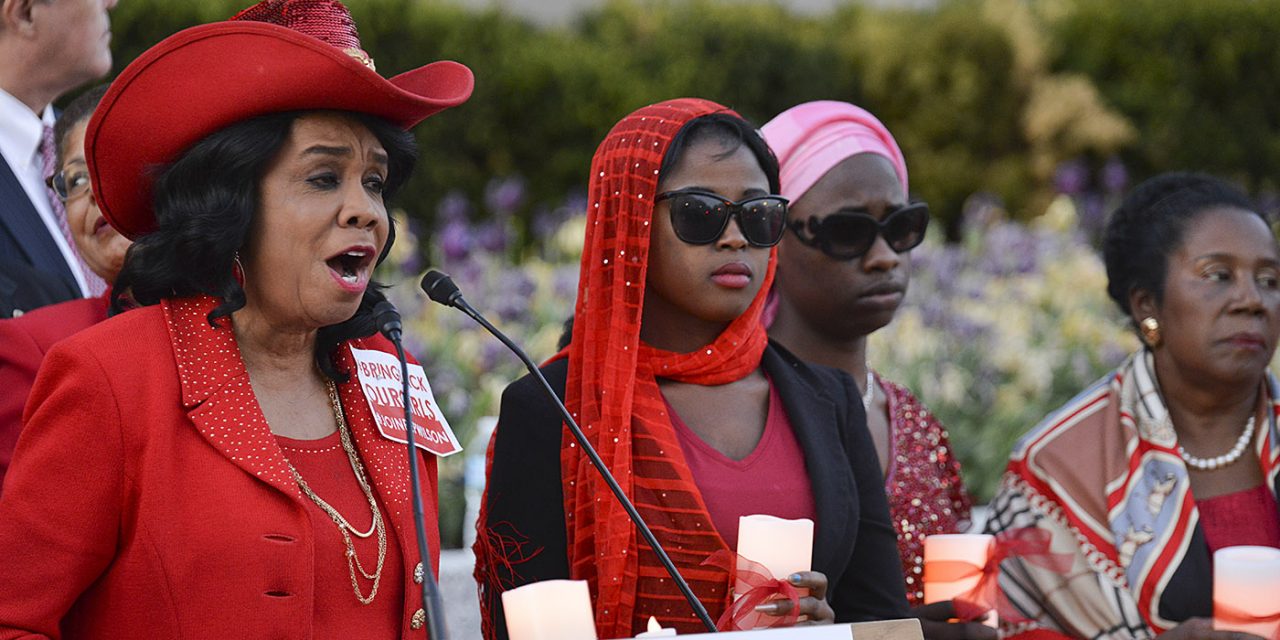 As I write this, I am preparing to travel with my colleagues to Nigeria, where I will have the honor of meeting some of the Chibok girls who were released after two waves of negotiations between Boko Haram and Nigerian government officials. It is my fourth trip to Nigeria since April 14, 2014, when the terrorist group shocked the world by abducting nearly 300 schoolgirls from their dormitory rooms. More than three years later, 113 of the original 276 Chibok girls are still being held captive.

Many of the girls who escaped their kidnappers on that fateful night or have since been released have remarkably not allowed this hugely traumatic ordeal to diminish their determination to pursue an education. It is my mission to help ensure that they, and indeed every girl in Nigeria, have the opportunity to go as far as their desire to learn will take them.

Before Nigeria’s President Muhammadu Buhari was sworn into office, the president-elect wrote in a New York Times op-ed about the urgent necessity to educate girls so that “they will grow up to be empowered through learning to play their full part as citizens of Nigeria and pull themselves up and out of poverty.” He rightly surmised that the country owed at least that much to the Chibok schoolgirls, whose fate at that time was gravely uncertain. I look forward to working with the nation’s activists and government leaders to examine ways to help Buhari keep that pledge.

There is an African proverb that says, “If we educate a boy, we educate one person. If we educate a girl, we educate a family—and a whole nation.” Fifty percent of Nigeria’s population is female, so it borders on the absurd to not push for them to receive the “best possible education” that Buhari promised in his opinion piece. They will in turn ensure that their children—boys and girls—are educated, which as the proverb suggests will greatly benefit both their families and ultimately the nation by equipping it with a workforce that is prepared to help undo the extensive damage that has occurred during Boko Haram’s reign of terror.

A lack of education has been a key factor in Boko Haram’s ongoing ability to successfully recruit young men and boys and continue to replenish losses incurred in battle with the Multinational Joint Task Force. While the insurgents teach boys, that “Western education is sinful,” educated mothers are living examples of the critical role education plays in determining one’s future success. Those boys grow up viewing a world full of possibility and opportunities and are therefore extremely unlikely to see the appeal of becoming a terrorist.

Girls can change the world and there is no better example of that than the young Pakistani activist Malala Yousafzai, who was famously shot in the head at age 16 for daring to question the Taliban’s efforts to deny her right to an education. In addition to becoming the first recipient of her country’s peace prize, being named one of Time magazine’s most influential people, and receiving the United Nations Human Rights Award, she is the world’s youngest Nobel laureate. Malala has earned global acclaim for championing education for girls around the world, including Nigeria, and after completing her studies at Oxford University will return to her native Pakistan to continue those efforts.

It is my hope that the Chibok girls, some of whom met with Malala this summer, will be inspired to follow her path, one on which tragedy is turned into triumph.