Washington, DC Mayor Muriel Bowser is imposing robust and stringent security measures in place as we lead up to the presidential inauguration on Jan. 20, particularly in light of last week’s failed coup and attack on the US Capitol. 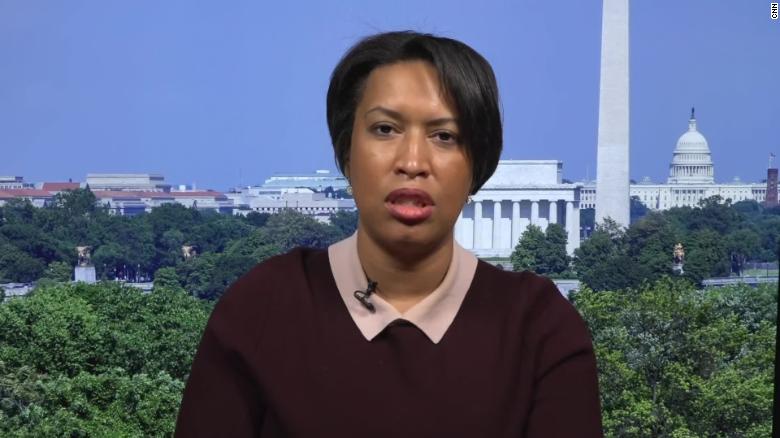 Bowser, the first black female mayor of the District of Columbia and a harsh critic of the Trump administration is taking a more stringent stance to preclude violence the shook the nation on Wednesday, Jan. 6 during the attack on the Capitol. Bowser has asked that Congress grant the district statehood so that her office would have the authority to implement greater security measures.

D.C. does not have currently statehood which experts argue complicate a cohesive law enforcement response to the threat to democracy. Bowser went on to criticized the Capitol Police force, which is distinct from the DC Metropolitan Police which is under her command. The Capitol Police and Homeland Security director ??along with other agencies content that they could not intervene until Bowser requested their assistance.

During the Capitol siege law enforcements were noticeably absent and lax in their response to the terroristic threat to members of Congress and the takeover and desecration of a federal building.

Our goals right now are to encourage Americans to participate virtually and to protect the District of Columbia from a repeat of the violent insurrection experienced at the Capitol and its grounds on January 6,” Bowser said.

She is also asking the Trump administration to cancel public gathering permits between January 10 and 24.

Former D.C. police chief stressed the number of target dates for more violence prior to the inauguration.

There are also serious concerns that the Martin Luther King birthday commemoration could spark more acts of violence.

On another note Bowser expressed her ire at the Trump’s accidents. “The current president must be held accountable for this unprecedented attack on our democracy. What happened yesterday is what he wanted to happen, and we must not underestimate the damage he can do to our nation and our democracy over the next two weeks,” she said at a press conference Thursday.