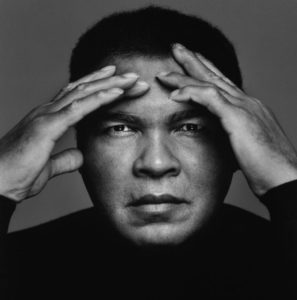 President Donald Trump said  he’s considering a pardon for Muhammad Ali. That raises the question: for what?

Ali was convicted of draft evasion — and immediately stripped of his heavyweight title — in 1967, after refusing to be inducted into the U.S. Army.

But his conviction was overturned by the U.S. Supreme Court in 1971. As if that’s not enough, President Jimmy Carter pardoned all Vietnam War draft dodgers in 1977.

When a superior court reverses someone’s conviction, it is as if that conviction never happened, according to Louisville attorney Marc Murphy, who handles federal, white-collar criminal defense cases for the Stites & Harbison law firm.

Sheryl Snyder, an attorney for Frost Brown Todd and member of the Supreme Court Historical Society, also said she isn’t sure if there’s anything to pardon. Last year, he attended a re-enactment of the Ali case in the Supreme Court chambers, where Justice Sonia Sotomayor presided.

“I’m puzzled by that because the Supreme Court of the United States set aside his conviction and he was never retried,” he said.

Could there be some political value in doing so?

“It’s hard for me as a lawyer to get past the point that there’s no conviction that he needs to be pardoned for,” Snyder said. “… It strikes me as something that needs more legal research before they take that step.”

Another attorney, Kent Wicker, pointed out that presidents don’t typically make spontaneous decisions about who to pardon, although they may offer some unexpected pardons on the final day of their term.

“The president may be well-advised to use that process,” Wicker said. “… At least he’ll know who needs a pardon. Maybe he’s going to be pardoning fictional characters next.”

Trump floating the pardon for Louisville’s favorite son comes amid the president’s ongoing feud with professional athletes and their political stances. Most notably, he has called on the NFL to suspend or fire players who have knelt during the national anthem to protest law enforcement shootings of African Americans and other social justice issues.

That feud was on display this week when Trump said he wasn’t inviting the Super Bowl champion Philadelphia Eagles to the White House after many of its players declined to attend a celebration.

In the NBA, players LeBron James and Steph Curry said their teams, the Cleveland Cavaliers and the Golden State Warriors respectively, aren’t interested in attending any ceremony with Trump.

“I know whoever wins this series, no one wants an invite,” James noted.