By Derek Major (Source: www.blackenterprise.com) In 2001, the NFL Draft scouts, analysts, coaches, general managers, and franchise owners were still wondering if a Black man could play quarterback (QB) when Michael Vick was being considered a top prospect. Today, however, that’s no longer a question.

When Dallas Cowboys quarterback Dak Prescott signed his 4-year $160 million contract on Wednesday, it will mean the four highest-paid players in the league’s most important position are all Black men. 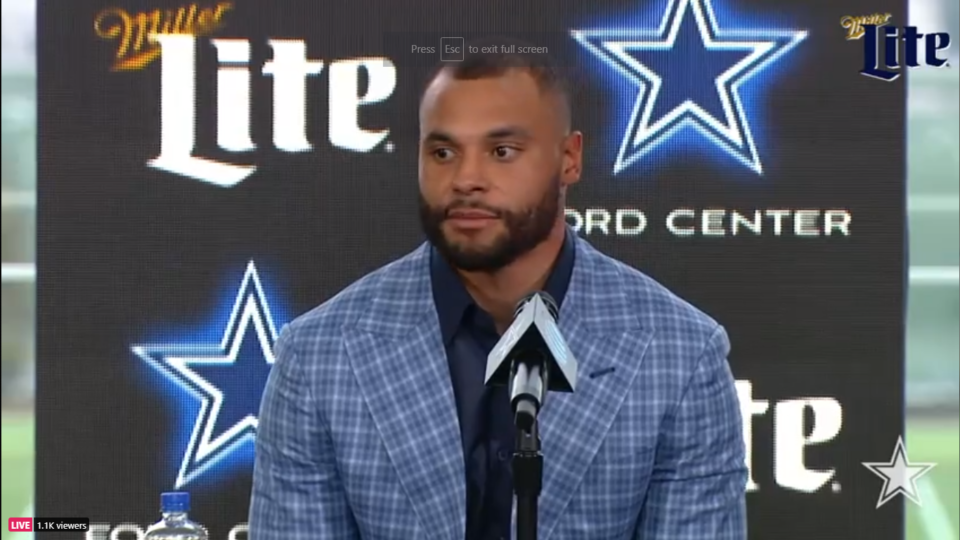 Although the NFL still has issues with hiring minority talent in coaching and front-office positions, on the field, things are different. Black QBs have experienced a slow but steady growth since the early 1960s. When Doug Williams became the first Black QB to win a Super Bowl in 1988, things were still slow for Black quarterbacks.

Last year, 10 black signal-callers started their team’s first game, marking a league record. Several other QBs of color also ended up playing later in the season including Miami Dolphins QB Tua Tagovailoa and Eagles QB Jalen Hurts. Both are expected to start next season for their teams.

With Justin Fields, Trey Lance, and Kellen Mond entering the league this year as rookies after the NFL draft the future looks bright.