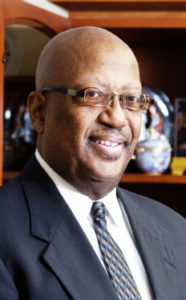 It won’t be enough for Blacks to allow American society to revert to its old, repressive, hateful ways. The legacy of this revolution must be that it included imperatives for new standards and behaviors in our own community. It’s not all about the white man.

For example, we must annihilate the self-contempt that has for too long subtly co-opted far too many African Americans into trusting more white businesses over Black businesses that provide similar goods and services at competitive prices.

Blacks would be better served by this monumental shift if it included de-emphasizing glorification of European values that have traditionally resulted in the curse of colorism, self-destructive labels such as “good hair,” and a concept of beauty that misrepresents our identity. This change is particularly one for the children and their self-esteem.

In order to break cycles of generational poverty, Blacks must be more intentional about their own focus on the physical and mental health, which includes diet, exercise, rest, reducing stress and being more willing to open discussion on our issues, making substantially more effort not to internalize concealed concerns or struggles.

At the heart of whatever transition Blacks are about to experience, we will require the education to understand, the sagacious minds of our elders, the energetic vision of our young, corporate and government support that is not a handout but a hand back, of our long years of contributing to an economy and nation.

If we genuinely hope to look at our future as a new beginning, we will be required to view ourselves and one another in a new, positive and hopeful way. We must be committed to the work required for change. There is an appropriate Bible analogy.

Blacks must demand unprecedented inclusion and influence in the performing arts at all levels. Then, we must establish uncompromising principles to which we will hold artists and performers accountable. Nowhere is that need greater than in the music industry – a vast wasteland of politically incorrect domination.

It’s time to start making music right or shutting down music makers; especially when it comes to the more sordid and despicable forms of rap. Just like everyone else, Black record producers, songwriters and artists must be held accountable.

The momentum for change sparked in the aftermath of the murder of George Floyd is more than an event, it’s a beginning of an era of sustainable action for Black America and accountability across the board. Those expected to do better extend beyond oppressors. Responsibility also lies with every faction of the oppressed.

A sizable sector of the celebrity community has spoken out, front and center. But there are too many who capitalize off their images as soldiers who dodge enlistment in the cause or are suddenly going AWOL when the force of their voices is needed most.

You see all these beautiful young people of all races; front and center on the streets demanding justice. You see businesses and universities and organizations and media and celebrities and preachers and “woke” elected officials stepping up their game.

You see Ol’ Skool G’s getting their second wind to walk in lockstep with a new day. You see people around the world proudly displaying the Black Lives Matter banner.

But who DON’T you see in the movement?

Hardcore gangsta rappers have always claimed to rep the voice of the ‘hood, bucking the system to unapologetically keep it real. But in this emerging era of social consciousness, what role will they play? Are they slipping away from their opulent luxury living to hit the streets?

Even more important, as we look for real change, are they willing to do better, as we usher in reform, by pledging to make more conscientious music; eliminating rampant profanity, gratuitous sex, glorification of violence, misogynistic themes and constant exultation of the N-word?

Will they make recordings with more relevant messaging encouraging youth? Will they fight the power with lyrics that demand respect, equality and accountability from America?

Rap artists have a platform and huge followings that few can claim. Imagine the possibilities if recent events could signal a new awakening for how they operate from now on. Sadly, there are few hints of any positive change in their mindset. Will they forever be tools of a system designed to distract and denigrate Black youth?

Or is it all about the Benjamins? Could it just be that the supposedly boldest artists of a generation are, as articulated by the 70s Last Poets, simply scared of revolution?