Written By Shannon Dawson –  (Source NewsOne):     Critical Race Theory has become a heated topic across the U.S. in the last year.

Three states including Oklahoma, Tennessee and Idaho have officially banned the controversial curriculum from public schools. Why is it causing such a stir and what is Critical Race Theory (CRT) anyway? One summer school program is looking to dive deeper into the history of the academic movement. 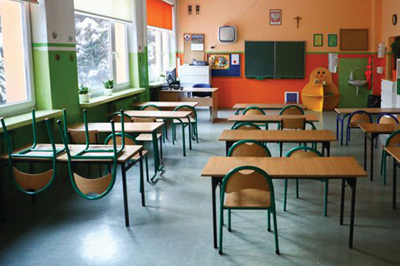 The African American Policy Forum is scheduled to host a five-day course on Critical Race Theory that will feature a number of critical race experts from law, policy, and community organizing backgrounds who will present a foray of different ideas on the topic. The program aims to open up a constructive dialogue on how the movement can help shape a more multi-cultural democracy within the United States social jus-tice system. Leading CRT scholar Kimberle Crenshaw took to Twitter on Thursday to announce her excitement for the course.

“Have you applied to CRT Summer School? Everything you ever wanted to know about antiracist education. If you can’t name an injustice you can’t fight against it. Make your move today!” she wrote.

The course will be held from Aug. 10-14 from 12 p.m. to 4 p.m. EST. Pricing and the application can be found on CRT Summer School’s website.

CRT teachings began in the mid-1970s spearheaded by American legal scholars Derrick Bell, Kimberle Crenshaw, Richard Delgado and Cheryl Harris, among others. The course sought to help deconstruct racism and compartmentalize the issue by hovering a lens over the subtle social and institutional dynamics that negatively impact people of color.  CRT scholars also viewed race and white supremacy as an intersectional social construction, which serves to uphold the interests of white people at the expense of marginalized communities.

However, some politicians have slammed schools for implementing the curriculum in fear that it could potentially divide students. In May, Oklahoma Gov. Kevin Stitt issued a statement as to why he would be permanently banning CRT from schools.

“As governor, I firmly believe that not one cent of taxpayer money should be used to define and divide young Oklahomans about their race or sex. That is what this bill upholds for public education,” Still explained.

He added: “We must keep teaching history and all of its complexities and encourage honest and tough conversations about our past. Nothing in this bill prevents or discourages those conversations. We can and should teach this history without labeling a young child as an oppressor or requiring that he or she feel guilt or shame based on their race or sex. I refuse to tolerate otherwise.”

Former President Donald Trump claimed in an op-ed written for the Real Clear Politics website that students were being subject to “a new curriculum designed to brainwash them,” and that it was “completely antithetical to everything that normal Americans of any color would wish to teach their children.”

Prior to taking office, President Joe Biden “endorsed” implementing CRT in the American classrooms upon the Education Department’s federal grant boost to history departments that offered a more diverse curriculum to their students, Forbes notes.

Trump proposed a “ban on taxpayer dollars going to any school district or workplace that teaches critical race theory,” and demanded more transparency for parents to see what children are being taught in school.