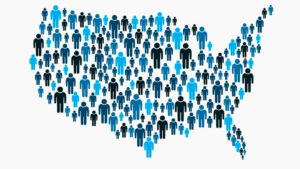 Orlando, FL (AP) — Around 84 percent of Americans definitely or probably plan to answer the questions on the 2020 Census, according to a new survey released Friday.

The Pew Research Center survey also found that around 16 percent of people surveyed express some doubts about responding next spring.

The hesitancy in participating in the head count seems higher in Black, Hispanic and low-income communities — which all have been either undercounted or considered hard to count in past censuses.

The U.S. Census Bureau is predicting a self-response rate of 60.5 percent next year for the first decennial census in which respondents will be encouraged to answer the questions online, although they can also respond by telephone and a mailed-in paper form. Census Bureau workers will be sent out to interview in-person people who don’t answer the questions on their own.

According to the Pew survey, there was a near universal awareness about the 2020 head count — with 94 percent of respondents saying the census is very important or somewhat important for the nation.

“The new survey finds wide awareness about the census across all demographic groups,” according to a Pew report on its survey.

Age was a predictor of whether people said they would participate, with adults between 18 and 29 the least likely to participate of four age groups, according to the survey.

People with a bachelor’s degree or higher, or incomes over $75,000, were more likely to have heard something recently about the census, the survey said.

The 2020 Census will determine how many congressional seats each state gets and guide the allocation of hundreds of billions of dollars of federal funding.

The survey was conducted online among 6,878 adults, in English and Spanish, last month.