Breaking news
By Lynn Jones – Lawmakers stood side by side with activists in front of Jacksonville’s City Hall this week to oppose the current congressional redistricting map proposed by the Governor and other community ills.  The map drawing dilutes the minority population in those districts that will be left with no minority representation. Mostly affected is Congressman Al Lawson, Jr. who serves constituents in the Florida 5th Congressional district.  With the map changes, District Five territory will be relegated to Congressman John Rutherford and the newly drawn District 4  will include Nassau, Clay and Duval county’s North and West sides.  The Southside and the Beaches will remain in District 5 with Rutherford.

Rep. Lawson recently issued a statement about the Florida Legislature deferring to Ron DeSantis to draft the latest congressional map, “The Florida Legislature is caving to the intimidation of DeSantis and his desire to create additional Republican seats in Congress by eliminating minority-access districts. Again, I am not surprised, but disappointed with the Legislature’s inability to fulfill their constitutional duties as elected officials without political interference from DeSantis,” said Lawson.

The Florida redistricting special session begins this week to determine the approved outcome.
Also among the gripes of the urban community are the saturation of liquor stores in the urban core.  Most recently, a business establishment currently being built on Soutel Drive near Dostie Street is drawing community angst. Currently there are two other liquor stores within a one mile radius.
The Northwest Citizens Planning Advisory Committee (NWCPAC) has led the fight to oppose the waiver ncessary to add the store to the community. The NWCPAC voted in March to oppose the application. A recent community meeting hosted by NWCPAC Vice-Chairman, Tyrona Clark-Murray held at the Legends Center brought out proponents and advocates. At the meeting, Paul Harden representing Anwar Properties was allowed to present his client’s case.
Per city ordinances, the location is less than 500 feet from a Friendship Missionary Baptist church and therefore the owners must apply for a Waiver of Liquor Distance and must meet at least one of the five criteria to get the Planning Commission’s approval. The Planning Commission voted 4-3 to approve the measure. However, city code requires a vote of 5-2 to approve any application. As a result, the application is deferred and will be heard again on Thursday, April 21st at 1 P.M. in City  Council Chambers. 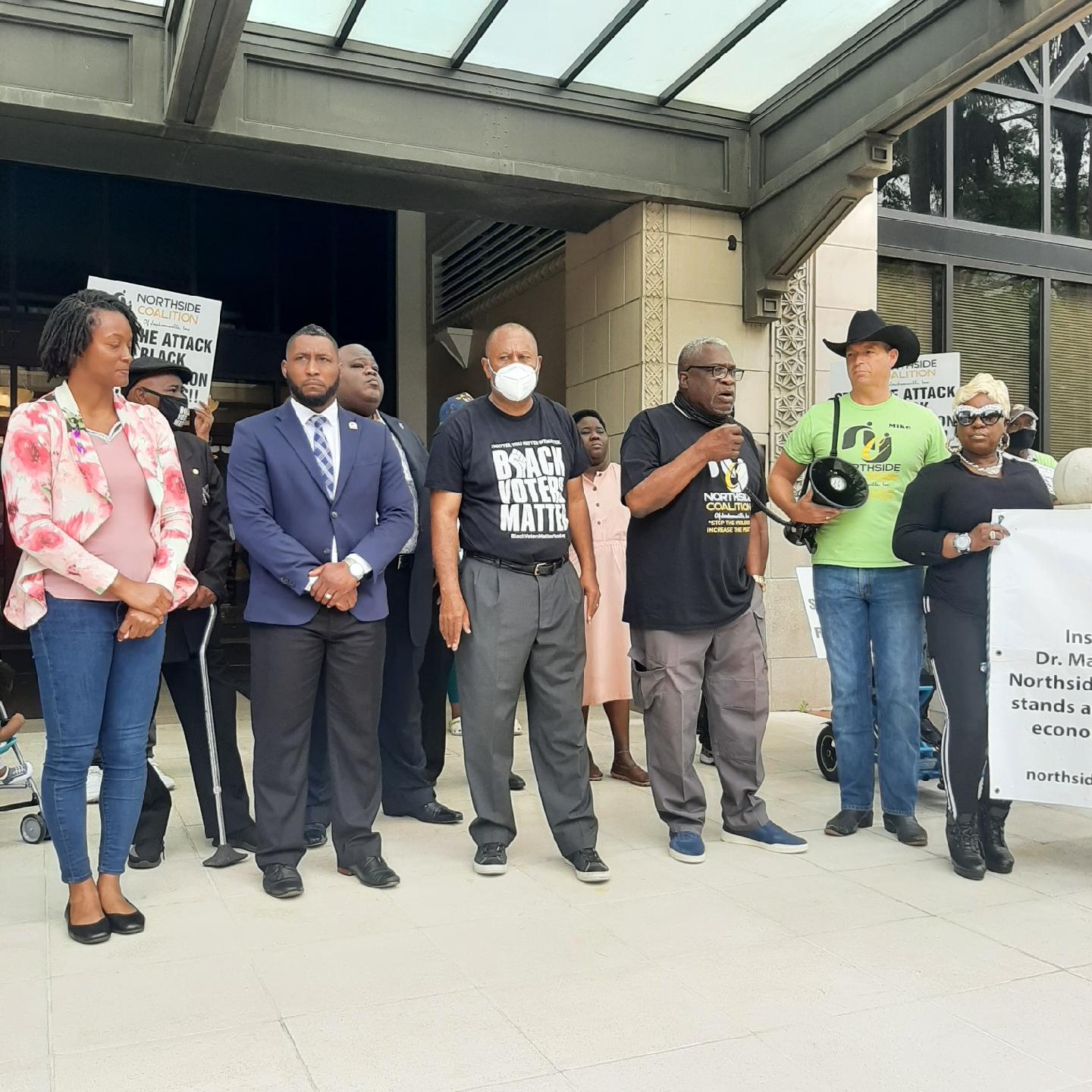 While the community residents are unhappy with yet another store in the community. A quick google search compared the urban core neighborhood’s liquor store count with that of  Mandarin, one of the highest zip codes in the city. Zip codes 32208/32209 revealed 10 liquor stores while zip codes 32256/32257 have a total of seven.
When asked about the close match to amount of the stores, Clarke-Murray shared it wasn’t the amount of liquor stores that bothered her, but the environment that it breeds. 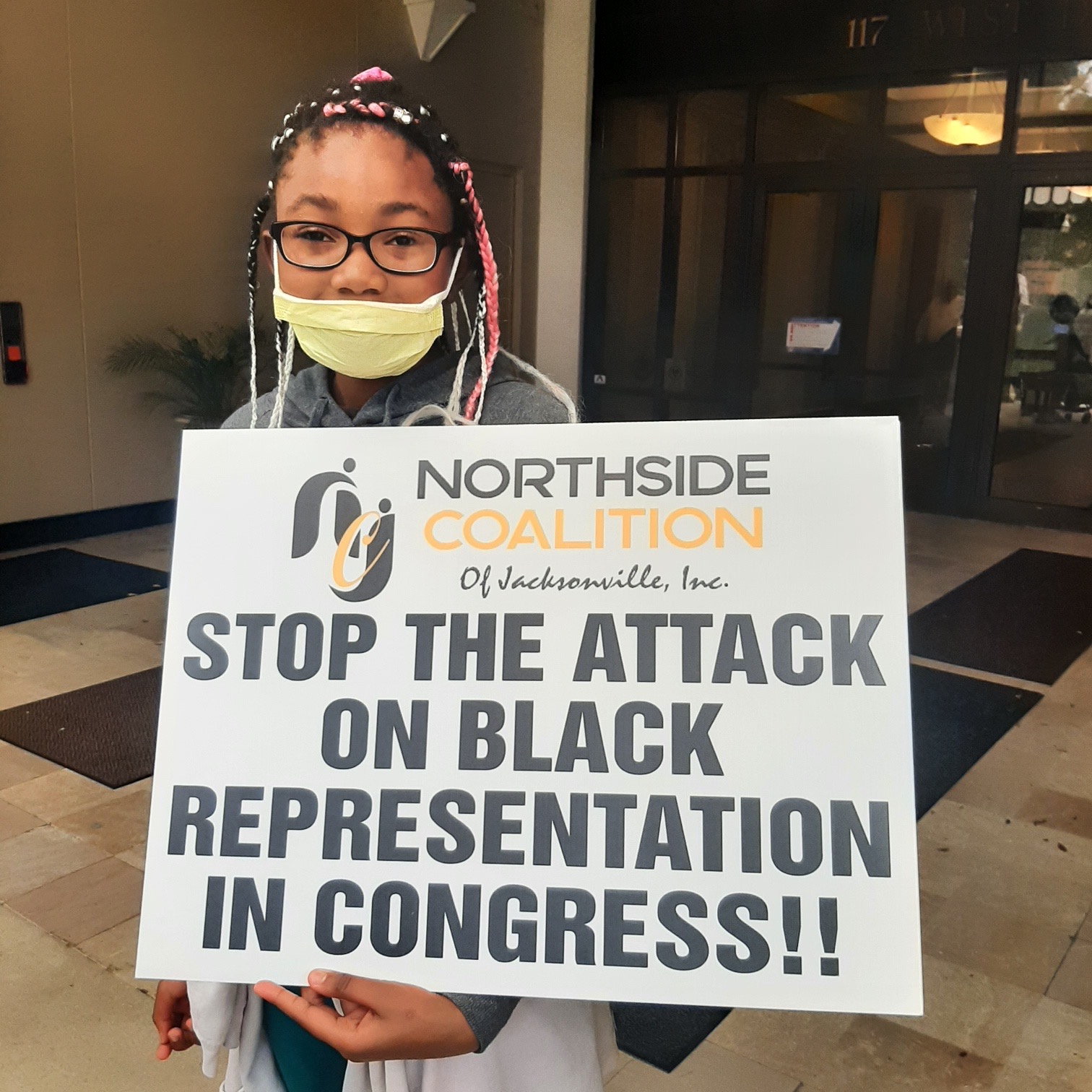 “We are concerned about the homeless population, loiters and shootings that occur on the Northside near these liquor stores and proximity to the churches. Across the bridge the liquor stores are branded with major names, clean-cut brand names such as Total Wine and ABC/Broudy Liqours ” said Tyrona Clark-Murray.
True enough, Northside stores carry such illustrious names as Liquor Mart, Golden Ox and the Sour Apple.
Many studies find a higher density of liquor stores in urban communities with predominantly Black and/or low-income residents. Although these business establishments tend to fill commercial voids in these neighborhoods, residents complain that liquor stores often provoke serious problems. Scholars support these claims with findings showing evidence of strong correlations between liquor stores and crime, domestic abuse, and substance abuse.