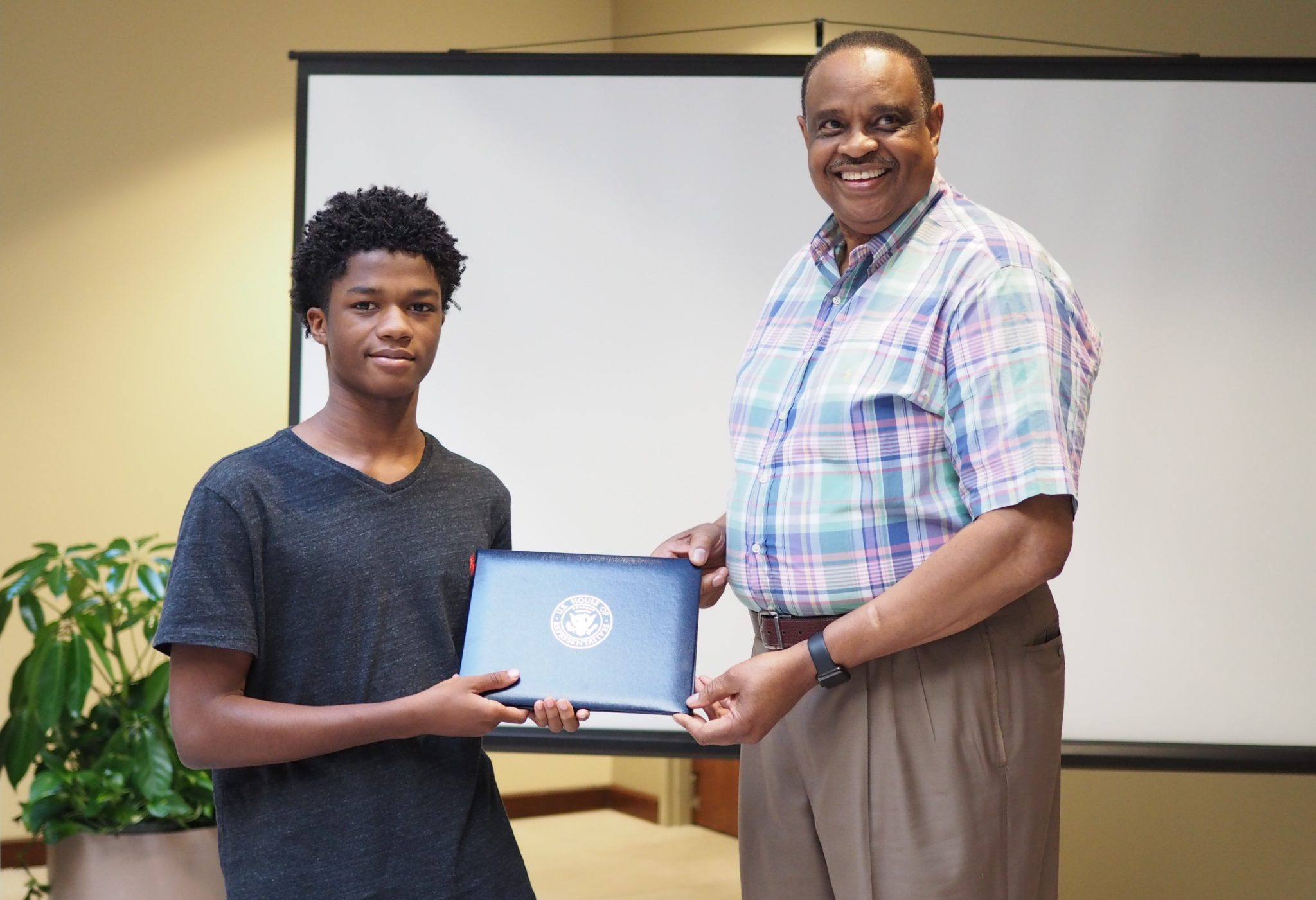 Congressman Al Lawson announced last week that Stanton College Preparatory School freshman Jaylen Thomas is the grand prize winner of Florida’s Fifth Congressional District Art Competition. Thomas’ winning artwork will be displayed in the U.S. Capitol along with first-place winners from congressional districts across the country. Thomas and a guest will fly to Washington, D.C. in June to attend a congressional reception and witness the unveiling of his artwork in the U.S. Capitol.

“This contest has showcased the creativity of our students and the dedication of the art teachers within our schools. I look forward to seeing Jaylen’s work at the Capitol,” Rep Lawson said.

Students in grades 7th-12th from across Florida’s Fifth Congressional District were encouraged to participate in the annual competition. The Congressional Art Competition is hosted by members of the U.S. House of Representatives and highlights the creative talents of students in each of the districts. A panel of judges selected the winning artwork from nearly 30 entries from across Rep. Lawson’s district.