By Lynn Jones-Turpin –  As the Urban Traveler reaches foodies and travelers around the country, many reports and statistics note that in the last decade, Black women have excelled in creating businesses and becoming entrepreneurs while amassing fortunes to provide for their families.  Black women are now on the cutting edge of every bright idea that reaches social media accounts, entertainment blogs, cooking shows and supermarkets brands. In addition, urban food deserts plague inner city neighborhoods. Families are now rushing to prepare creative and healthy meals to satisfy their daily palates. Social media food mavens are now touting their wares and recipes for the masses to impress family dinner tables. One young lady that is on the food network cutting edge is Detroiter Lauren Settles. Settles is the creative director of “Missy Meals on the Go.”

For more eight years, Settles has been employed with a major automobile company, entering the company’s entrance door day in and day out. Each day Settles quietly consumed her lunch in the cafeteria and became pessimistic with the food offered to her and her peers.  With a solemn attitude Settles noticed that her 30 minute break either consisted of fast food or she’d bring a light lunch of fruit, salad, tuna and other light delicacies to eat alone or share with her peers. Settles also would cater meals from scratch or create meals from her family’s cookbooks and bring to her friends to chomp through at lunch. Settles remarked, “The reason for starting MMOTG was the lack of food inside the plant. We have a 30 minute lunch and by the time the fast food would be delivered, it would take the whole break and we’d not be able to eat. So when I started bringing prepared meals, my coworkers tasted them and said, hey bring us some too! So now on my shift I’m cooking whatever my peers would request and/or order from my menu- plus my cooking is good,” said Missy with a smile. With two daughters, Missy began to rethink her small business options. The goal of leaving a legacy for her daughters was now a priority. “So I decided to come up with a game plan and really focus on branding my business for my daughters and my fiancé to create generational wealth,” said Missy. 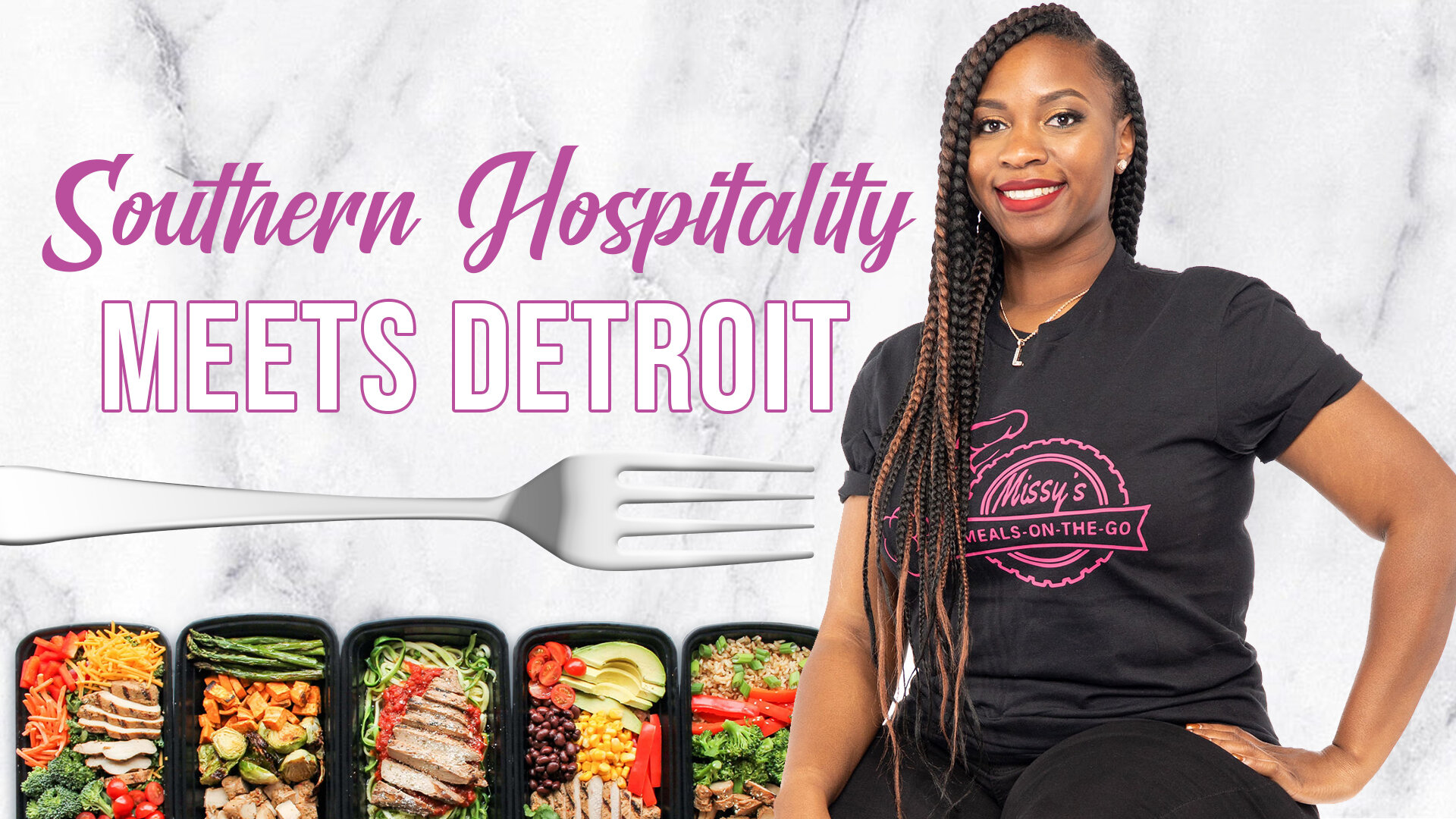 Creating the meals was not a problem.  Other problems that plagued Missy consisted of loss of family due to obesity, depression, a custody battle, loss of focus and mental instability. Ultimately Missy developed a serious mindset, “I told myself this is the last year that I would make excuses. I created a vision board and set goals for myself. On that board I put down to lose weight and to focus more on my business and to finally take myself serious!” she said. During her workout process, Missy cut out all sugar, carbohydrates and worked out four times a day with a fitness trainer. In six months, Missy reached her weight loss goals and received a call from a local Detroit celebrity for a large catering order and her business started booming.  As of November 2020, ‘Missy Meals on the Go,’ has sold 330 meal preps for weight lost and healthy weight gain and sold over 450 dinners from the support of her peers and the community. Missy’s meals include smoothes, vegan/keto boxes, meal prep and virtual weight loss plans.  As a native of Detroit, also known as Motown, Missy, with encouragement from her mother, inspires her customers to listen to some old school music to motivate and arouse their weight loss journey.  To compliment her southern roots and her down home meals, MMOTG moniker is “Soul Food Meets Detroit.”  For more on ‘Missy Meals on The Go’ visit at www.missymealsonthego.com.