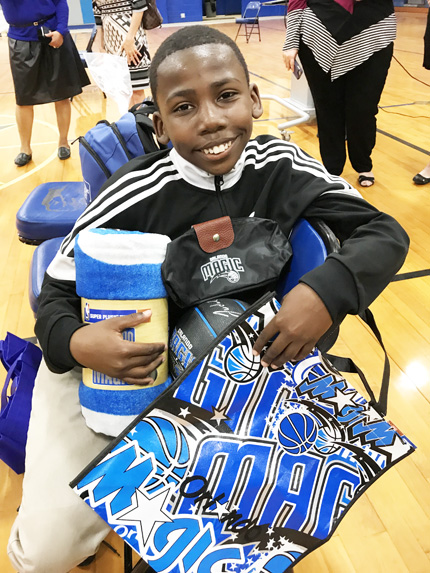 Sickle Cell Disease may have young Turod Vincent down some days, but the 12 year old student is far from out. In honor of his upbeat attitude to win his battle against the disease. Dreams Come True treated the tween and his family to an Orlando Magic weekend. Diagnosed with sickle cell anemia at birth, he has never let his illness stop his love of sports. At the Enterprise Academy he plays on the swim and football team.