NNPA NEWSWIRE — By Yulani Semien, The Drum Youth Reporter – The seventh grader appears on OLOL commercials, posters, and websites. He has participated in the hospital’s media-thons, events, fundraisers, and the grand opening for the new children’s hospital on Essen Lane. 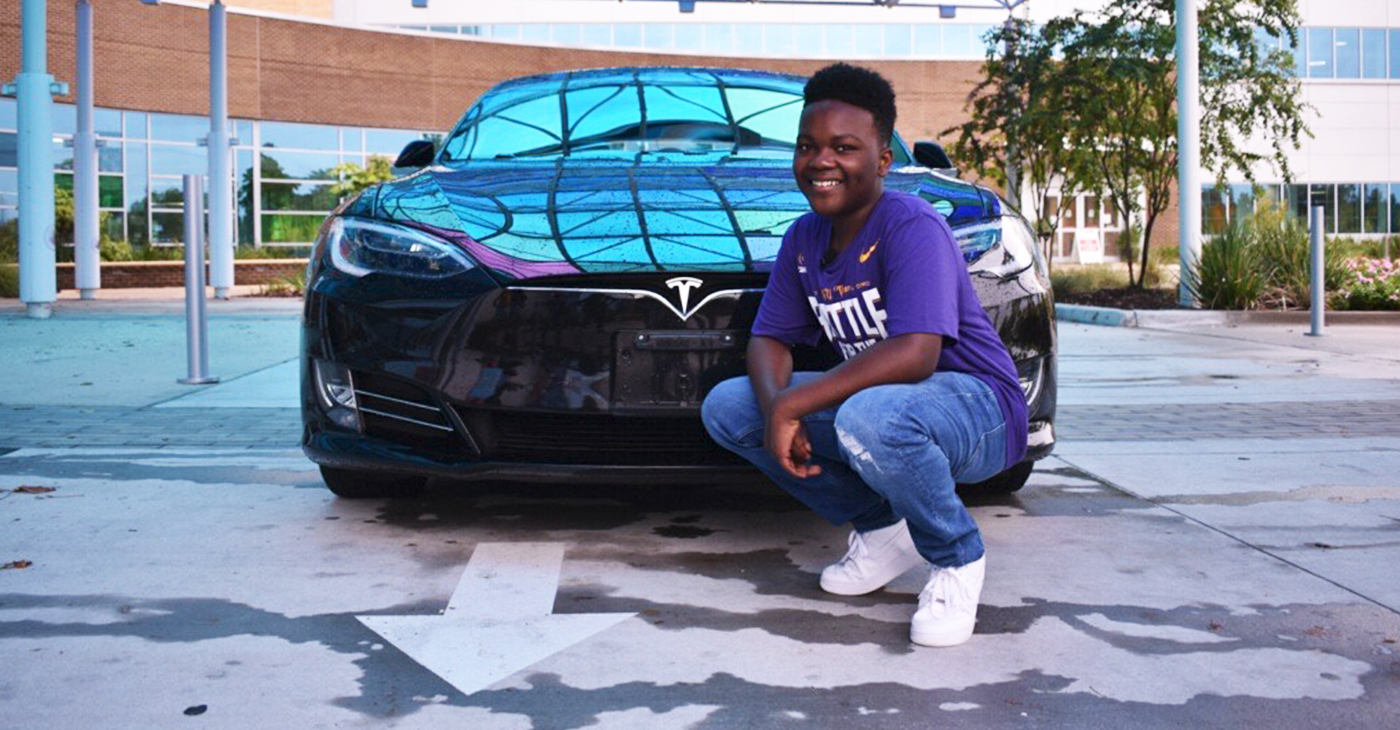 Every year, Children’s Miracle Network Hospitals chose a champion to serve as the ambassador for their local hospital.

For Baton Rouge, that champion is Chad Barnes Jr, the 2020-2021 CMN Ambassador for Our Lady of the Lake Children’s Hospital.

He is the spokesperson for the children’s hospital and helps host events and raise money for kids who live with illnesses.

The seventh grader appears on OLOL commercials, posters, and websites. He has participated in the hospital’s media-thons, events, fundraisers, and the grand opening for the new children’s hospital on Essen Lane.

“I think my favorite part in what I do is letting kids know that they aren’t alone,” Barnes said.

In June 2017, he began experiencing stomach pains and bloody stools. His health worsened, activating symptoms and leading to medication, hospitalization, anxiety, and more pain. He was diagnosed with ulcerative colitis, a condition that causes inflammation in the intestines.

It is an invisible illness and rarely does Barnes look as bad as he may feel. At times, this could make it difficult for his parents, Donna and Chad Sr., to care for him.

“I was experiencing appetite loss, nausea, stomach aches, and pain. Ultimately it was traumatic. I was admitted into the hospital for about two weeks which was horrible not being able to do the things I’ve done before. I was originally put on 10 plus medications in the beginning,” he said.

Even while living with this disease, the gifted and talented student enjoys playing the trumpet, bullet journaling, writing calligraphy, and drawing. He says he wants to attend Stanford University and become a lawyer or social justice activist. He manages an Instagram page–@IBD.Teens–that helps inspire other kids with similar digestive diseases. The page helps young patients stay safe, find comfort, have fun, be positive, and help find natural remedies to help soothe inflammation.

Earlier this October, the Dance Marathon at LSU hosted its annual Miles for Miracles Walk featuring Barnes and his fascination with the Tesla Company. The 5k walk was dubbed “Charging with Chad,” and he was granted a ride through Baton Rouge in a tesla.

Even before becoming an ambassador, Barnes has been friendly and supportive of others. He invites teens and children to tour the new kid-friendly facility. “It’s a better place now that we have our own hospital designed just for us,” he said.