By NewsOne Staff – The film is inspired by a book penned by Davis’ daughter. 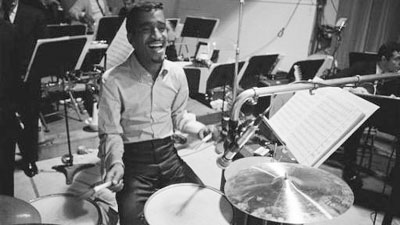 From films like Porgy and Bess to hit songs like “The Candy Man,” Sammy Davis Jr. played an integral role in shaping the landscape of the entertainment industry and now his contributions will be the focus of a new biopic. According to Deadline, MGM is slated to release a film about Davis’ journey.

The movie—inspired by a book penned by his daughter Tracey Davis and Dolores A. Barclay titled Sammy Davis Jr.: My Father—will delve into the entertainer’s personal life; capturing his childhood and rise to fame. It will also focus on the racism Davis endured in the entertainment industry during the Jim Crow era and how he used his platform to fight for social justice. “I am thrilled to know my father’s life, both private and public, will be brought to the big screen with this team of storytellers,” his daughter Tracey said in a statement, according to the news outlet. “My father was an extraordinary man, who experienced tremendous joys and fought tough battles throughout his years coming up in the industry. His was not an easy road, but, like he did in all aspects of his life, he gave it everything he had. We plan to do the same with this film.”

Lena Waithe is slated to produce the biopic through her Hillman Grad Productions company alongside Rishi Rajani. Eddie Vaisman and Julia Lebedev from Sight Unseen will also serve as producers. Television and film writer David Matthews will pen the script. Waithe says Davis’ story is a testament to how Black luminaries have shaped popular culture. “Sammy Davis Jr. was one of the most impactful and influential figures in America. As Black culture continues to define popular culture, Sammy’s immense mark is undeniable,” she said. “I’m honored to be a part of this great team bringing such an important story to our community.”

News about the biopic comes a year after Lee Daniels announced that he was developing Sammy; a miniseries about Davis’ life.

For more on the original article visit: https://thewestsidegazette.com/sammy-davis-jr-biopic-to-be-produced-by-lena-waithe/