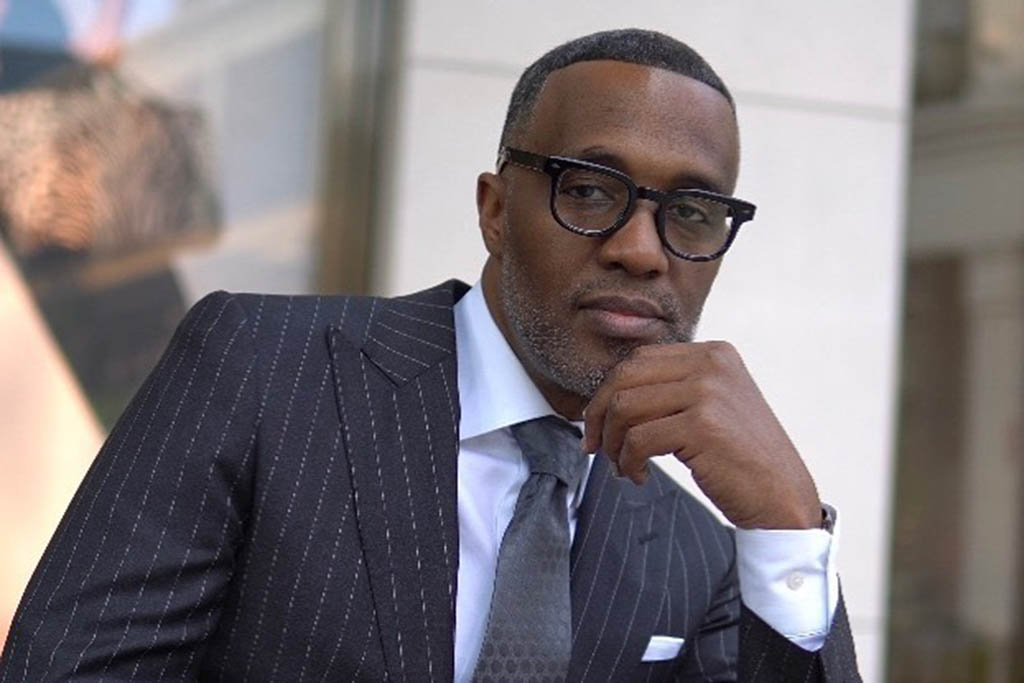 Controversial YouTuber Kevin Samuels died last week, very suddenly and unexpectedly, at his rented Atlanta apartment. Though the exact cause of death hasn’t yet been publicly revealed, it’s been widely reported that the self-styled relationship guru and lifestyle influencer, 57, began complaining of chest pain and may have ultimately suffered cardiac arrest. A woman, reportedly a trained nurse with whom he’d spent the night, was with him at the time and performed CPR, later dialing 911 after she failed to revive him.

Throughout his career, Samuels remained a polarizing figure. He first achieved notice circa 2016 thanks to his lifestyle videos and fashion advice, but gained widespread attention in December 2020 for his viral video “You’re Average at Best.” Ever since, his hotly debated and always-blunt relationship advice has taken center stage on his various social media channels.

And since 2020, Samuels’ frequent livestreams on Instagram and the like have brought him a slew of notably devoted fans but also a large number of detractors, who deemed his content “cruel.” The latter group zeroed in on some of his choicer comments, particularly his remarks about Black women and women over 35, the latter of whom he labeled “leftovers.”

In any case, Samuels’ videos brought him fame, fortune and a huge number of curious eyeballs, including 1.4 million YouTube subscribers and 1.2 million Instagram followers. At the time of his death, the high-profile Atlanta native was living in a rented apartment at the posh Residence Buckhead apartment complex, an exclusive building in what is perhaps Atlanta’s most prestigious neighborhood pocket. Nearby homeowners include Cardi B, Elton John and fellow YouTuber Stephanie Soo.

It’s not known how much Samuels was paying for his lease, though the apartment had been publicly offered last year at $1,920 per month. Per records, the relatively compact unit has one bedroom and just one bathroom in 915 square feet of living space.

The ongoing reactions to the sudden death of Kevin Samuels have been the epitome of polarizing: It would appear that either women loved him or they hated him, with very little apparent middle ground.

That has been particularly true among Black women, a group that was the constant target of his divisive commentary that appeared to vilify them for the same reasons Samuels celebrated men: being single at a certain age and the ability for those so-called “low value” individuals to attract “high value” romantic partners.

If women were unmarried at 35, Samuels said he considered them “leftover” women. However, the twice-divorced self-proclaimed “image consultant” and relationship adviser who had millions of followers on social media often lent a sympathetic approach to men who found themselves in the same situation of being single by that age. Barely a week after making those comments, Samuels died on May 5.

It all added up to, in some cases, women celebrating and rejoicing at Samuels’ death, as evidenced by the meme treatment he’s been given across social media since rumors that he died were ultimately confirmed as true.

People aren’t “celebrating” Kevin Samuels death because they “disagreed with his opinions,” they’re not mourning him because in life he was a misogynist who hated and belittled Black women and encouraged the abuse of Black women. pic.twitter.com/dJIMyGXjDz

Actress Vivica A. Fox, for instance, held no punches during a recent televised interview when she referred to Samuels’ death as “karma” and even called him a “hypocrite” for his apparent inconsistency to keep the same energy with men that he had against women.

“This man was a hypocrite, in my honest opinion. He really was,” Fox said on the “Cocktails With Queens” show that streams on FOXSOUL. “I didn’t find anything about him to be healing. He insulted African American women on a consistent basis.”

kevin dead samuels made a career out of mockin black women and having a circle jerk with other sad, pathetic, fatherless, desperate men and y’all want me to *checks notes* mourn his death? nah

The fact that Samuels died after a night with a non-Black woman only seemed to energize Fox, who went on to suggest that his death was at least brought on in part by mystical forces of nature responding to the influencer’s rhetoric.

“I hope this is teaching folks a lesson about the karma that you put out, the negativity that you put out in the world,” Fox added. “That when karma comes knocking at your door, she might not be so kind. So, the fact that he keeled over real quick and was supposedly with a woman that we don’t yet know the nationality, rest in peace.”

Vivica A. Fox has little to no sympathy in the wake of Kevin Samuels’ untimely passing. Weighing in on the controversial YouTuber’s shocking death in a new episode of “Fox Soul”, the actress called it a “karma.”

Fox’s cavalier attitude toward Sauels’ death stood in stark contrast to that of Brittney Cooper, an author and women’s, gender and sexuality studies professor at Rutgers University. Cooper penned a moving piece on her Facebook page in the hours after Samuels’ death was confirmed to discuss how “his death just doesn’t bring me any joy.”

Cooper, however, did admit that “perhaps” Samuels’ death brought her “a perverse form of relief” from his divisive views that presented an opportunity for opposite sentiments to be spread among Black folks.

How can we yell that our lives matter, when we rejoice at the death of our own? We’re teaching the world how to treat us, and the world is taking note. #KevinSamuels pic.twitter.com/l21MQWSbk7