It is not uncommon to hear people complain about the intersection between politics and sports saying things like “I came here to watch the game, not politics.”

The two are not and have never been entirely separate. 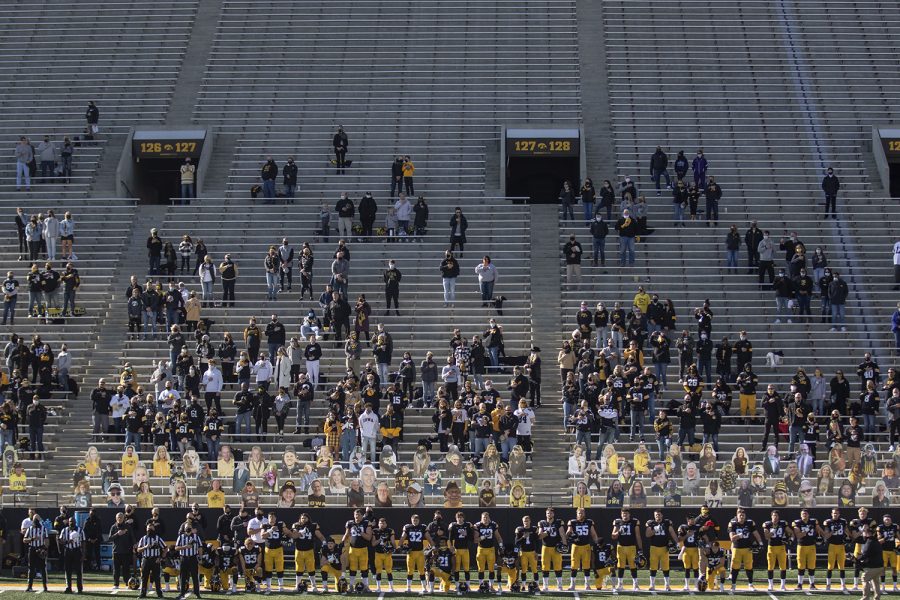 Many of us will always remember Colin Kaepernick’s name based on his decision to kneel during the national anthem and the public outcry that followed eventually leading to an end in his NFL career.

In  2011, according to the NFL website, Kaepernick refused to stand for the national anthem when this country consistently oppresses Blacks and people of color.

Although when we think about protesting and sports many of our minds probably think of Colin Kaepernick, he is one of many athletes who used his platform to shed light on the inequalities Blacks and people of color face in this country.

NBA athletes Mahmoud Abdul-Rauf refused to back the American flag due to reasons parallel to Kaepernick’s as well as clashing religious beliefs.

We can even look further into our history at athletes such as Tommie Smith and John Carlos who held black power fists at the 1968 Olympics. As said in an article by the Washington Post their protest was carefully calculated, they raised their fists and bowed their heads during the anthem in salute to black power, wore beads around their necks to protest lynching, and removed their shoes to symbolize struggles with poverty. This picture has become iconic in sports and American history.

Backlash for these types of demonstrations has always been abundant. According to the Washington Post, in 2017 following NFL athletes taking a knee during the national anthem President Trump voiced his demands that team owners fire players participating in these demonstrations.

Despite the ongoing backlash, we have seen these demonstrations spread across all sports at all levels of play from high school to professional. According to an article done by The Daily Iowan, here at the University of Iowa, many football players have voiced their concerns regarding the ongoing injustices the black community faces. Additionally, there have been ongoing conversations on how to proceed as a team.

Multiple players came out through various platforms declaring their commitment to kneeling during the national anthem in light of injustices the African American community faces.

In addition to kneeling the players have helmets that display different sayings such as “love,” “equality,” and “Black Lives Matter.”

According to the DI, at this past Saturday’s home game against Purdue over 20 Black football players took a knee during the national anthem accompanied by 3 white players. This was the first opportunity players had to pose a demonstration during the anthem.

Many fans took to Twitter with snide remarks against the player’s decision to pose a demonstration at the game.

We need to remember these players do not merely serve as figures for our entertainment. Many of these athletes are real people living with the effects of systemic racism. Like anyone, they have the right to use their platform to bring light to these issues.

Columns reflect the opinions of the authors and are not necessarily those of the Editorial Board, The Daily Iowan, or other organizations in which the author may be involved.

Opinion | Sports and politics have never been separate