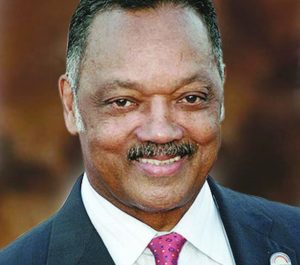 I am proud to endorse Sen. Bernie Sanders for president of the United States.

While I consider Joe Biden, his opponent for the Democratic Party nomination, a decent man, I stand with Sanders.

I stand with Sanders because it is vital that President Donald Trump is voted out of office in November. Poll after poll has shown that Bernie Sanders leads Trump, generally with a greater margin than other contenders. Sanders has the highest popular approval rating of any public official in America.

That is not because he is warm and fuzzy. It is because people know that he tells it like it is. Integrity and credibility are two essential attributes in taking on a con man like Donald Trump who lies constantly.

Sanders champions an agenda that will address the fundamental challenges facing working people. That includes Medicare for All to ensure that health care is a right, not a privilege — something particularly imperative in the age of coronavirus. A Green New Deal addresses the existential threat of climate change while creating millions of good jobs.

Tuition-free college and large investment in education and advanced training so that every child can get the education he or she needs. A $15 minimum wage, politics to empower workers and unions, and a trade policy that works for working people. Comprehensive immigration reform, universal childcare, criminal justice reform to end mass incarceration and more.

Sanders will beat Trump by summoning America to a new day, not by calling for a return to yesterday.

Democrats cannot defeat Trump without inspiring young people to come out and vote in large numbers. Sanders is the only candidate who has inspired a new generation and earned their overwhelming support.

In the face of Trump, many seek shelter in the safe, the establishment, the so-called moderate. We should not forget the record of moderate, establishment candidates — from Walter Mondale in 1984 to Mike Dukakis in 1988 to Hillary Clinton in 2016.

Democrats do not fare well as the party of Wall Street or the credit card companies. We win when we bring the working class and the middle class together, when we stand for diversity against division, for the poor against greed. No candidate has done more to forge that coalition than Bernie Sanders.

Dr. Martin Luther King would be proud that African American voters are called the “black firewall” in the 2020 campaign. He would ask a simple question: What will be the return on the firewall’s investment?

With the exception of Native Americans, African Americans are the people suffering the greatest social and economic distress in the United States. Our needs are not moderate. The most progressive social and economic path gives us the best chance to catch up and Sanders represents that path.

Biden has done well among African American voters largely because he is seen as connected to Barack Obama. Yet he was placed on the ticket to balance it, not to enhance it. Biden has offered no vision and no bold reforms. He offers safe haven and moderation.

But his moderation does little to address the pain of African Americans, or of working people generally. What does moderate mean when people don’t have affordable health care? Or when students are crushed by debt in order to get an education? Or when workers are undermined by trade treaties written in executive suites?

When he asked for my endorsement, I expressed my concerns about pressing issues.

Sanders was happy to confirm his commitment to almost all of them, ranging from Medicare for All to a wealth tax that would provide funds to reinvest in America, to large-scale investment in public education, to ensuring that every teacher is paid at least $60,000 per year, to putting an African American woman on the Supreme Court, to promising an end to endless wars.

In 1988 when I ran for president championing a Medicare for All plan, Sanders, then mayor of Burlington, endorsed me. Now I am proud to stand with him not only because he stood with me, but because he stands with working people across this country.