The companies are developing Blackout, a film and TV “event” that is being adapted from six different love stories, each penned by a different writer. The project, Netflix notes, is being developed concurrently as a TV series and film adaptation. That means that some of the six stories could wind up in the film, while others are in the TV show. Sources caution that while this seems like a franchise in the making, it’s not a “multiverse” that will consist of multiple films and TV shows — at least not right now. 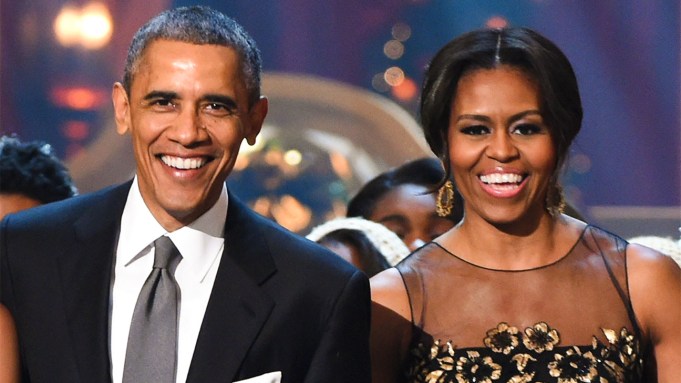 Blackout takes place in New York during a power outage on a hot summer night. It is told from the perspective of 12 teens with six shots of love. The six writers attached to pen stories for the film and TV project are Dhonielle Clayton (Tiny Pretty Things), Tiffany D. Jackson (Allegedly), Nic Stone (Dear Martin), Angie Thomas (The Hate U Give), Ashley Woodfolk (The Beauty that Remains) and Nicola Yoon (Everything, Everything).

Temple Hill will exec produce the project, which marks as a reunion with Netflix and Higher Ground following Kevin Hart feature Fatherhood. Higher Ground, which has an overall deal with Netflix, teamed with the streamer to release the Sony Pictures film this year after the pandemic stalled its theatrical release. Temple Hill, founded by Wyck Godfrey and Marty Bowen, counts features Twilight, Maze Runner, The Fault in Our Stars, Happiest Season, First Man and TV’s The Outsider, Dave and Love, Victor among its credits.

Blackout becomes the Obamas’ latest project for Netflix, joining features American Factory, Becoming, Crip Camp, kids-focused entry Ada Twist and We the People, with several others in various stages of development. The Obamas inked a Netflix producing deal in May 2018. The former first couple set an expansive first slate of film and TV projects in April 2019.

Here’s how Netflix describes Blackout: “Six prolific authors have written six Black love stories all taking place during a power outage on a sweltering summer night. From the perspective of 12 teens with six shots of love, Blackout takes place as a heatwave blankets New York City in darkness and causes an electric chaos. When the lights go out and people reveal hidden truths, love blossoms, friendships transform, and all possibilities take flight. An ex-couple must bury their rivalry and walk the length of Manhattan to make it back to Brooklyn in time to kick off a block party. Two girls search for a lost photograph and find something more. Two boys trapped on the subway come face-to-face with their feelings. A pair of best friends stuck in the NYPL and surrounded by love stories figure out if there’s one in their future. A trio of kids on a senior trip take over a double-decker tour bus as they try to have a little fun…and work out their messy love triangle. Two strangers debate the philosophical nature of identity and wonder if they can find something else between them.”

UTA brokered the deal on behalf of the six authors and Temple Hill.