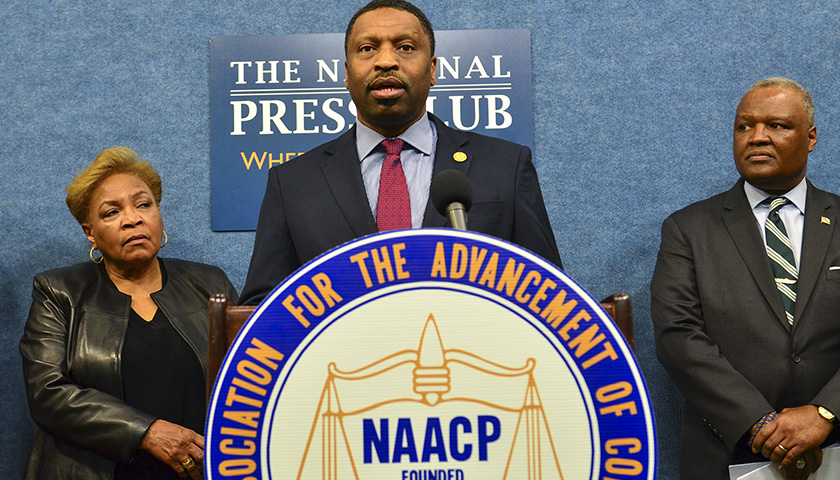 The NAACP announced that the group has filed a lawsuit against President Donald Trump, the U.S. Census Bureau and Secretary of Commerce Wilbur Ross, “to combat the imminent threat that the 2020 Census will substantially undercount African Americans and other people of color in communities throughout the United States,” a press release about the lawsuit said.

“Such a dramatic undercount will especially dilute the votes of racial and ethnic minorities, deprive their communities of critical federal funds and undervalue their voices and interests in the political arena,” the suit alleges.

During a press conference about the lawsuit at the National Press Club in Northwest D.C., Bradford Berry, general counsel of the NAACP said that this lawsuit is unique, because the plaintiffs seek action before work on the 2020 Census begins.

For instance, the suit claims the federal government has decreased resources and manpower for the 2020 Census and “cancelled crucial, pre-Census field tests and is rushing to digitize the Census without adequate cybersecurity protections, thus undermining public confidence in the privacy of Census data” the press release said.

The lawsuit also states that the Census Bureau doesn’t have sufficient staffing; the agency’s acting director, Ron Jarmin, was also named as a defendant in the suit.

On Capitol Hill last week, the U.S. House of Representatives approved $2.8 billion for the bureau, an increase more than double the amount of the Trump administration’s request of $1.1 billion.

“Proposing a bill and passing a bill are two different things,” said NAACP President Derrick Johnson. “Once the final bill passes, we would like to evaluate to see if it’s sufficient. We simply need the political will to make sure we have an accurate count for this [upcoming] Census.”

Federal law requires that citizens are counted in a decennial census that not only helps redraw political boundaries, but also for counties and states to receive federal money for improvement of schools, roads and other needs.

Critics have argued that a proposed citizenship question in the 2020 Census will deter legal immigrants from responding and decrease the number of people counted in those communities. The Hispanic population in Prince George’s County stands at about 18 percent.

“What’s more frightening about this Census count, more than in the past, is the rhetoric from the Trump administration,” Baker said after the press conference. “With a growing Latino population in the county, this is a direct assault on those folks participating in the Census. If it’s happening here, then it’s happening everywhere.”