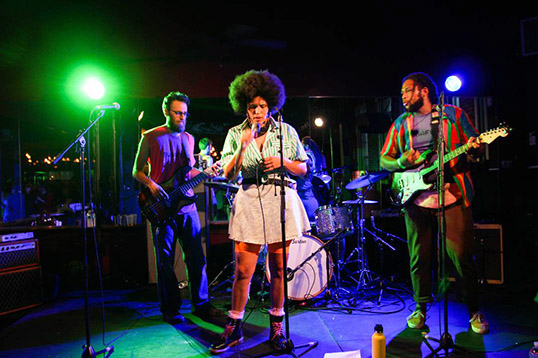 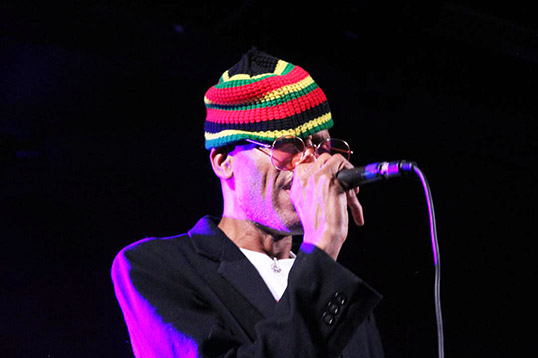 The Jacksonville music community came together this past weekend to support local recording artist Maurice “Moe” Ricks. Moe is waiting on a heart and kidney transplant at UF Shands Gainesville. Ricks graduated from Spirit and Truth Academy a small private local church school. His interest in music production prompted Ricks to obtain an entertainment and media degree from Orlando’s, Full Sail University. With a budding music career, Ricks became a part of various bands to hone his craft. While living in Michigan in 1978, a doctor discovered a blockage was not allowing him to empty his bladder completely causing his kidneys to swell three times the normal size.
After many years of being misdiagnosed, in 2005 doctors diagnosed him with Congestive Heart Failure, a condition that doesn’t allow the heart to pump blood efficiently. He was immediately given a defibrillator that gives a therapeutic shock when the heart gets out of rhythm. Three defibrillators later, his disease has progressed to the point of requiring a transplant.
The fundraiser, held at the Justice Pub, was created to help raise money for his living expenses after surgery. It became a mass reunion of bands some  of which haven’t played together since the 90s.  The crowd of 300 lingered from 3 p.m. until 2 a.m. Groups performing included Firewater Tent Revival, Chad Jasmine and the Beautiful Shapes to Smoke Stack, Cookie Bush, Ariel Tribe and Shakti Cypher gave house bringing down performances.  Also, on the menu were plenty of tacos and “Moe punch” to go around.
In the meantime, Moe is still waiting on his transplant. A balloon pump helps to keep his heart beating. On July 10th, a match came up only to be snatched away when a gaggle of geese became sucked into the engine of the plane forcing an emergency landing causing the organs to time out.  Despite this bazaar setback, he is still in good spirits and has faith that a new set of organs will come up soon. Shown is Ricks in the hospital with family members waiting on his heart to be delivered. Shown is Moe Ricks with visitors his father Curtis Ricks and uncle Joe White.